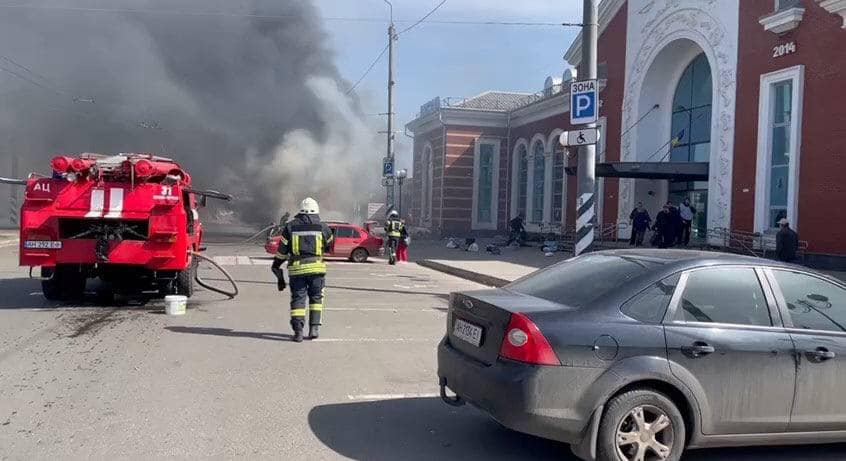 “Goal of Kramatorsk Bombing Was to Sow Panic and Desperation,” the Ukrainian Parliament Commissioner for Human Rights

Panic is what russia tries to achieve by massively attacking peaceful civilians. Today’s missile attack on Kramatorsk Railway Station is no exception. Liudmyla Denisova, the Ukrainian Parliament Commissioner for Human Rights, told this at her press briefing at Ukraine Media Center. According to her, russia, by doing so, encourages our citizens to run away into the russian federation and the temporarily occupied regions of Ukraine.

“People won’t know where to run, or they will run toward the enemy. The enemy wants to use this situation t to tell the whole world that our citizens are running away to russia. We are aware of the forced deportation of more than 600,000 Ukrainians. Over 120,000 of them are children. They shoot at Ukrainians who want to evacuate, like in Bucha or Irpin. Their goal is to incite panic and lose confidence in Ukraine’s Armed Forces, but we are strong, and we shall overcome,” Liudmyla Denisova says.

The Parliamentary Commissioner assumes that russians want to provoke Ukraine to reciprocate with cruelty. It is what they did during the Chechen War. Denisova also added that Kramatorsk was attacked with a weapon prohibited under the Geneva Conventions. It is yet another testimony of genocide against the Ukrainian people. In the future, this attack will become another evidence of russia’s war crimes at the international court, Denisova believes.