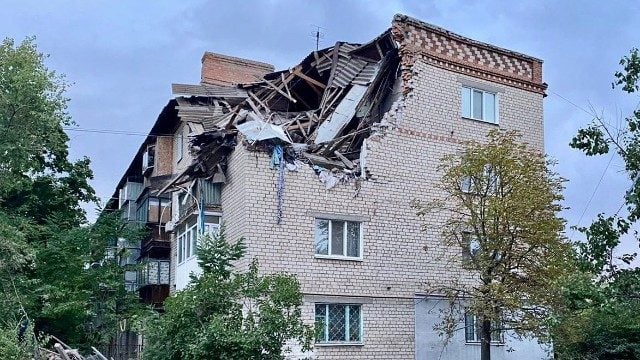 Since Monday, the Enemy Has Fired 250 Shells at Nikopol City and the Region, 23 People Were Injured Yesterday — Head of Dnipropetrovsk Oblast Council

“Now the situation is completely controlled. Since Monday, Nikopol district and Nikopol city have suffered the most. In total, more than 250 different MLRS and heavy artillery shells were launched. Yesterday, a large industrial enterprise came under fire: 23 people were injured, and a 15-year-old girl underwent surgery. As of today, 9 people are stable and hospitalized, one woman with a heart attack caused by missile fire – she was stabilized. Another private enterprise came under fire, and a large number of houses were damaged,” Mykola Lukashuk said.

The Head of Dnipropetrovsk Oblast Council outlined the situation with attacks on critical infrastructure in the region.

“This week there have been attacks on critical energy infrastructure in Kryvyi Rih, which is a large energy facility that meets the needs of the region. Starting from Tuesday, electricity issues exist in the region. After yesterday’s shelling, 300,000 consumers had no power supply – almost 1 million people. But we have carried out work in all communities. The emergency and stabilizing power cuts are undertaken. There is support from mayors and heads of communities in terms of electricity saving. Therefore, I hope that in 2–3 days the situation will be stable,” Mykola Lukashuk added.