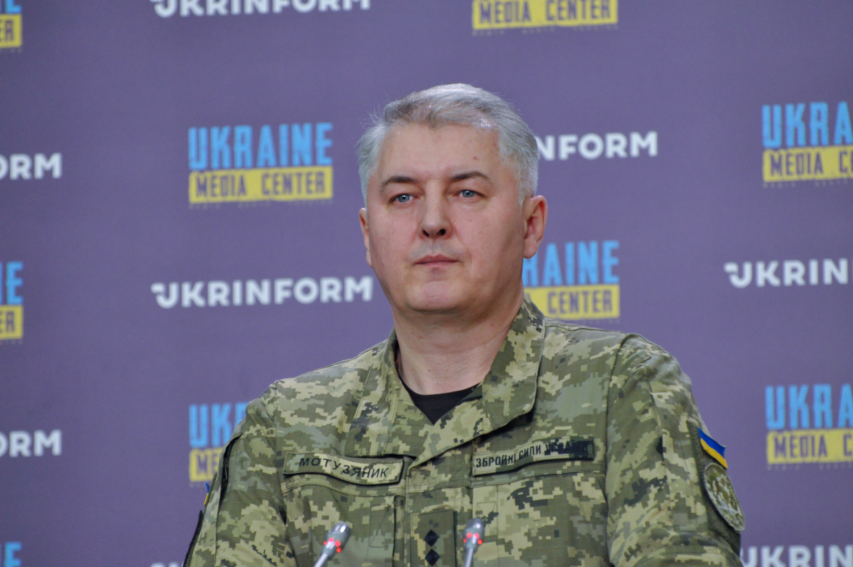 Yesterday, the occupiers fired at Ukraine using strategic aircraft in the Caspian Sea – Ministry of Defence

russia is trying to increase the pace of the offensive operation in eastern Ukraine to reach the border of Donetsk and Luhansk oblasts, and to develop an offensive in Zaporizhzhia and Kryvyi Rih directions. To this end, the enemy regroups its troops. In addition, a number of air strikes were launched at a number of strategic facilities in Ukraine yesterday.

Oleksandr Motuzyanyk, spokesman for the Ministry of Defense of Ukraine, said this during a briefing at Media Center Ukraine – Ukrinform.

Spokesman for the Ministry of Defense of Ukraine also provided an update on the operational situation at the front line as of 12:00 PM:

The Siversky direction: no signs of an offensive group formation by the enemy were . As part of strengthening the protection of the russian-Ukrainian border, units of the Armed Forces of the russian federation from the Central Military District have been deployed in the areas of the “Novi Yurkovichi”, “Pohar” and “Lomakovka” checkpoints in the Bryansk region.

The Slobozhansky direction: the enemy fired artillery and mortar shells at the city of Kharkiv and the village of Protopopivka, and conducted air reconnaissance in the area of Kutuzivka and Oleksandrivka settlements of Barvinkovsky district of Kharkiv oblast. The enemy tried to conduct offensive operations in the direction of Dovhenke settlement, but was unsuccessful.

Donetsk and Tavriya directions: in order to restrain actions of units of Ukrainian troops. the occupiers are shelling them.

The Lyman direction: the enemy is advancing in the direction of the village of Shandrygolove, fighting continues. The enemy strengthened troops grouping and intensified air reconnaissance.

The occupiers carried out assaults in the area of Popasna, fighting continues.

In Mariupol, the russian occupiers continue to launch air strikes and fire at our positions in the Azovstal area.

In the Zaporizhzhia direction, the enemy carried out an unsuccessful assault operation in the direction of the settlement of Orikhiv.