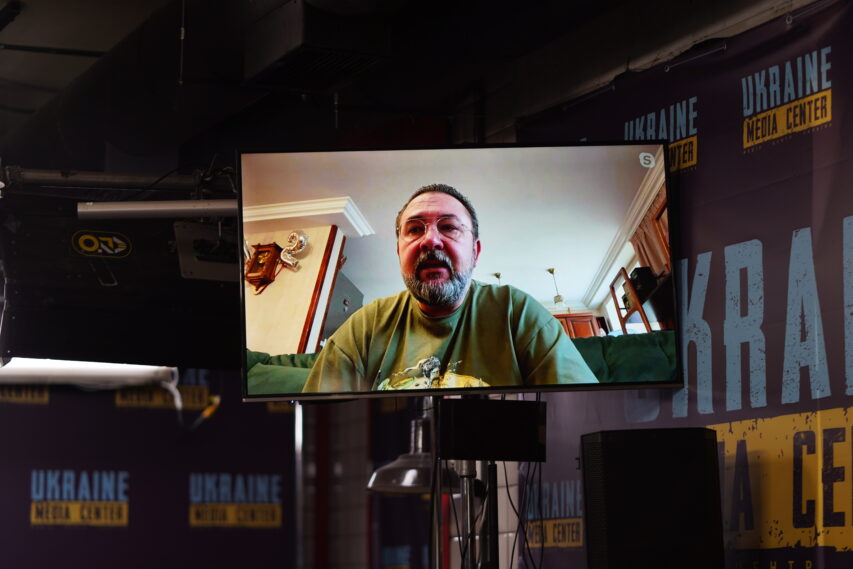 Mykyta Poturaiev, Chair of the Humanitarian and Information Policy Committee of the Verkhovna Rada of Ukraine, Media Center Ukraine

“Work Will Continue on Criteria for Blacklisting and Quota for russian Performers on Air,” Mykyta Poturaiev Explains What Will Change in the Draft Media Act by Its Second Reading

Several key issues need to be addressed in the draft Media Act by its second reading. They include specifying clear criteria for blacklisting foreigners who have violated the laws of Ukraine. Mykyta Poturaiev, Member of Verkhovna Rada and Chair of Verkhovna Rada’s Humanitarian and Information Policy Committee, told about this during his briefing at Media Center Ukraine.

“The problem is that these decisions in our country are made by the Security Service of Ukraine (SBU) as if it were a black box, as if they were made based on the National Security Act; however, it is not acceptable in terms of the European practice of law. The European experts actually invited our attention to this situation. Thus, we suggested keeping the SBU, the National Security and Defense Council, the Ministry of Culture, the State Film Agency, and the National Television and Radio Council as nominating agencies. However, there is a list of criteria set forth in the Act. Although we do not claim it is ideal, we request our colleagues from the European Solidarity party to include more criteria; we actually support it. However, we need to have it. We need decisions to be made by an independent (albeit governmental) collegiate agency, the National Council. That is it. With this system in place, we won’t lose any international court trial,” Mykyta Poturaiev explained.

A provision needs to be refined by the second reading that requires media or the National Television and Radio Council to ascertain the russian citizenship of an author or a performer of a song or a melody to be played on air.

“How are we supposed to do it? Whom should we talk to? To Lavrov? Because of that, we suggest finding a different mechanism. The Act is OK, but we, as its developers, made a mistake and included this provision without noticing that it won’t work. So, I tell my colleagues that we should replace this provision with one that will work,” the Chair of the Verkhovna Rada’s Humanitarian and Information Policy Committee stated.

According to reports, the Verkhovna Rada of Ukraine approved the new draft Media Act in the first reading on August 30. It was supported by the votes of 233 Rada members. Adopting this Act is one of the criteria for the commencement of negotiations on Ukraine’s EU accession.