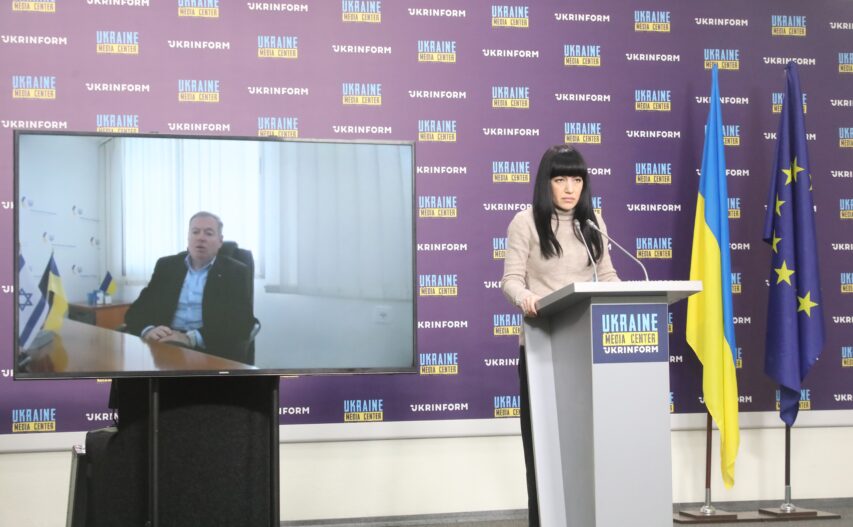 The new Israeli Government has been holding power just for two weeks, so the issues related to assistance to Ukraine have not yet been reviewed. Yevgen Korniychuk, Ambassador Extraordinary and Plenipotentiary of Ukraine to Israel, made this statement during the briefing at Media Center Ukraine — Ukrinform.

“Elections to the Knesset were held on November 1, but after lengthy consultations, the Government was formed at the tail end of last year. They have actually been holding office for two weeks, and the issue of reviewing assistance to Ukraine has not yet been finalized. But we take whatever action is possible to ensure that this issue is resolved in the near future and in our favor. I hope that all the positive developments will be more sweeping, as we emphasize that humanitarian support is important, but, excuse me, we can not win the war with bandages and antibiotics. We need more active military technical cooperation,” the Ambassador said.

Yevgen Korniychuk noted that now the issue of Ukraine is not of first-rate importance for the new Government, but the Israeli Ministry of Foreign Affairs has made it one of its priorities for 2023.

“The issue of Ukraine is not of first-rate importance, although we play our best hand to make it precisely this. Among other things, the Ministry of Foreign Affairs stated that one of the three priorities for this year is basically the war in Ukraine. The Minister stated that they will help ensure more assistance to Ukraine. We appreciate any assistance, but we emphasize that first of all we are interested in civil protection systems, if not offensive, then defensive weapons,” the Ambassador said.