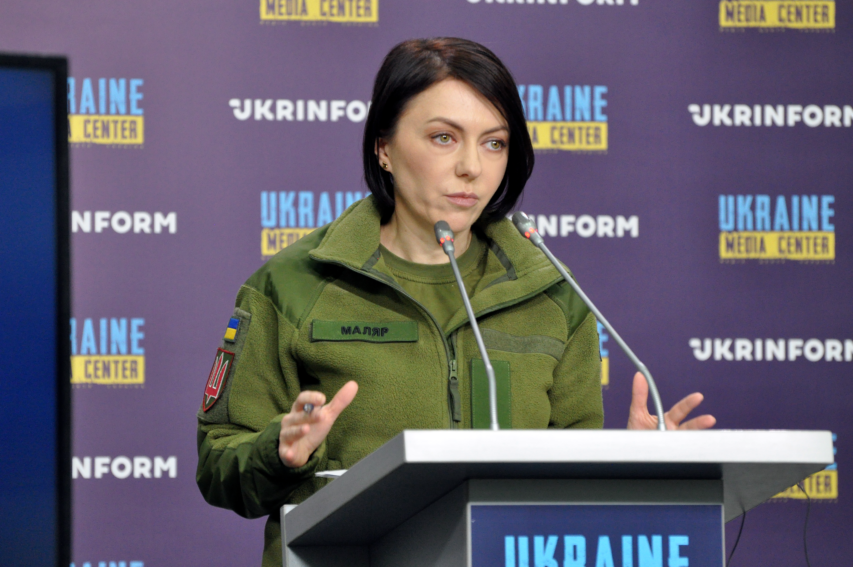 “Weapons from Foreign Partners Are Already Deployed on the Frontline,” Ministry of Defense

Hanna Maliar, Deputy Minister of Defense, stated this at her briefing at Media Center Ukraine — Ukrinform.

“The U.S. 155 mm howitzers are already in use on the frontline in addition to Javelins and Stingers. We work on speeding up the military aid delivery because the lives of our soldiers depend on it. We have already received a lot of the equipment. Currently, we are in the phase of the regular deliveries of weapons to Ukraine,” she explained.

Hanna Maliar also described a historical meeting at Ramstein Air Base on April 26, where heads of defense agencies of more than 40 countries set new goals—win over the enemy rather than stop the foe.

“Currently, the aid package to be supplied on lend-lease terms is under discussion. We are supported by the European Union and by other countries. We are entering a new phase of the war, where russia is driving itself into a condition of not being able to win the war of the equipment. However, we will face several hard weeks or even months until we receive this aid.”

The Deputy Defense Minister emphasized that volunteers helped a lot during the first phase of the war by responding to all needs rapidly.