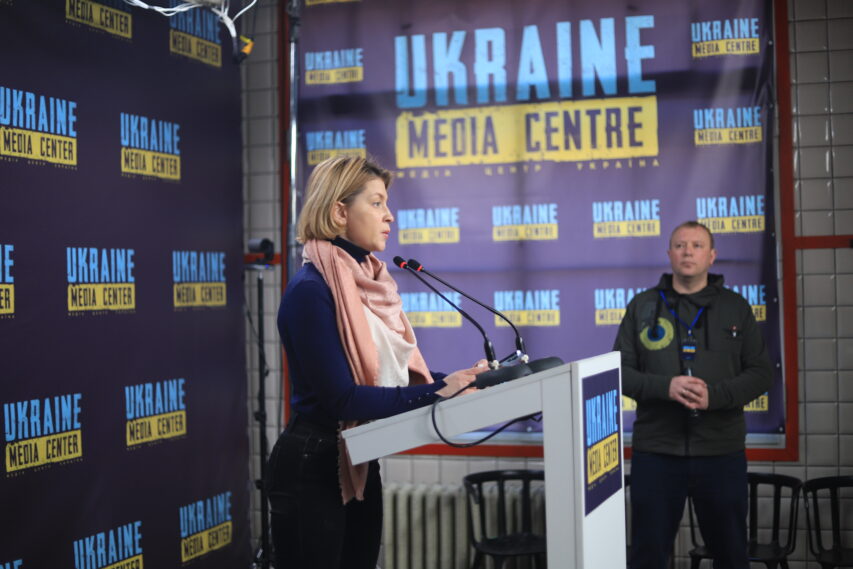 Currently, the People’s Republic of China helps Ukrainian citizens, first of all, via humanitarian aid mechanisms. However, Ukraine expects the USA and China to assume leadership of the peacemaking process to stop the war of aggression in Ukraine. Olha Stefanishyna, Vice Prime Minister for the European and Euro-Atlantic Integration of Ukraine, told about this at her briefing in Ukraine Media Center.

«We expect China, the USA, and large countries of the West to take a joint effort to stop the aggression by the Russian Federation and the war within the territory of Ukraine. At the moment, the political leadership of the PRC in this area is much more important than any other decisions on military cooperation,» Olha Stefanishyna emphasized.

According to the government’s representative, Ukraine has been developing strong and stable relations with China after the election of Volodymyr Zelensky as the President.

«Ukraine pursued a wise and consistent strategy of relations with the PRC; for instance, we are developing stable and mutually beneficial economic cooperation. In this context, our relations have been and remained stable,» the Vice Prime Minister for the European and Euro-Atlantic Integration believes.