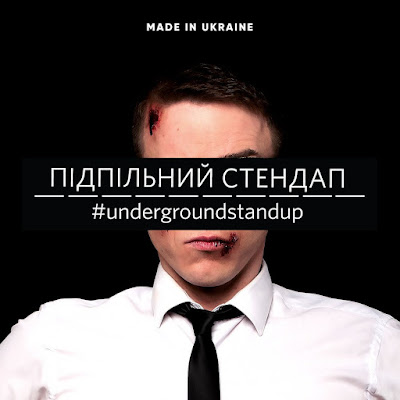 WARTIME STAND-UP: HOW STAND-UP COMIC ANTON TYMOSHENKO USES HUMOR TO TELL ABOUT THE WAR IN UKRAINE

Ukrainian stand-up comic Anton Tymoshenko released a new stand-up special in English. It is about Russia’s war against Ukraine.

The performance took place in one of Kyiv’s vaults, as it is currently dangerous to hold any mass events in the usual locations of the city.

In his performance, Anton speaks in a satirical way about bombs flying over civilian houses, about Russian propaganda that the aggressor country is trying to impose on the democratic world, about aid to Ukraine from other countries, and other.

In addition, the Ukrainian army constantly needs financial support, and Ukrainians are running out of money, so I decided to raise donations from a foreign audience. You can send money to these funds:

During the war, you really want to be useful, unlike the UN, so you do what you do best. That’s why I write jokes so that people can smile even under the shelling.

Thank you for your attention!