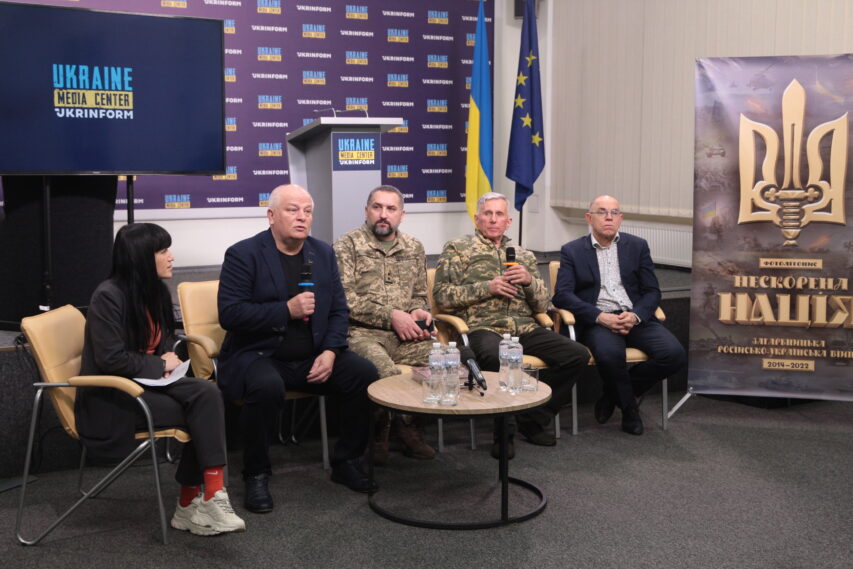 “Unconquered Cities” photo exhibition was opened in the premises of Ukrinform Ukrainian National Information Agency in Kyiv. Twenty-six photo posters with photos of Ukrainian cities, taken after russia’s full-scale invasion were presented at the exhibition. The best works by the correspondents of Ukrinform and ArmyINFORM news agencies as well as Law of Ukraine legal magazine were selected for the event.

“An unconquered nation is not an abstract concept, it is people, soldiers on the front lines, doctors, teachers. But these are also our cities, villages and towns. For the “russian world” it is a place on the terrain that must be conquered. One place is of strategic importance, the other one is secondary. But for us it is different, these are places where the hearts of our people beat, where life is born, where we create, live, inspire each other. And that’s why there cannot be strategic or non-strategic cities for us. For us, every city is important, dear to our hearts, and we will protect it. Each city today is at war in its own way, fighting for victory in its own way. That is how such an approach to this exhibition was born. All our cities are heroes.”

“It is very difficult to call these photos the best. Because what is depicted on them is the most terrible and tragic pages of our modern history, the history of Ukraine. It is difficult to convey emotions when you return to these photos and relive what happened at the beginning in Kyiv, those cities where we worked. I am very grateful to my colleagues who, fearlessly, went to the epicenter of the events and took pictures wherever possible.”

“The hall can fit 26 photo posters in, but we have 36 photo posters. Hero cities are presented here, there are 10 hero cities in total. All our regional centers, 25 oblast centers, including Crimea, Luhansk and Donetsk. And those cities that suffered a lot and are known for the tragedies that happened among the population.”