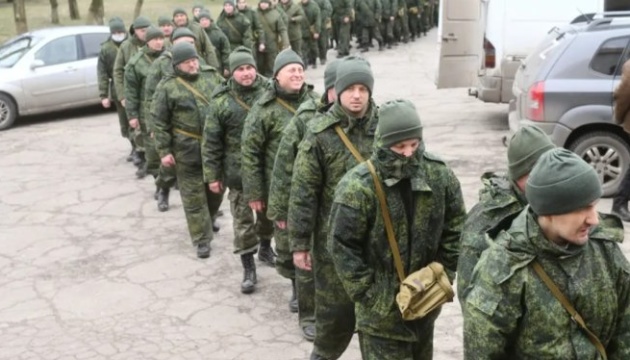 The Ministry of Defense of Ukraine doesn’t rule out the scenario that russian president vladimir putin can order a general military mobilization, Spokesperson of Ukrainian Defense Ministry Oleksandr Motuzyanyk said at a briefing at «Ukraine» Media Center (Kyiv) while answering the question from an Ukrinform news agency reporter.

«Whether russia will order a general military mobilization, –  that surely depends on the development of military actions currently underway in the Eastern operation zone. Which is to say, if the enemy fails to fulfill their plans as soon as possible, this scenario is quite possible. We can’t rule it out,» – the Spokesperson said.

Motuzyanyk also noted that the Ukrainian military is aware that the russian federation is conducting the so-called hidden mobilization in some regions of russia and actively recruiting mercenaries to participate in combat in Ukraine.

«Moreover, the so-called mobilization is also being conducted on the territory of temporarily occupied settlements of Donetsk and Luhansk regions. People are being kidnapped from the streets, put in the uniform and sent to the frontlines. We know that as well,» – the Spokesperson added.

As reported, Spokesperson of Ukrainian Defense Ministry Oleksandr Motuzyanyk said that the enemy was conducting an offensive operation in the Eastern operation zone.