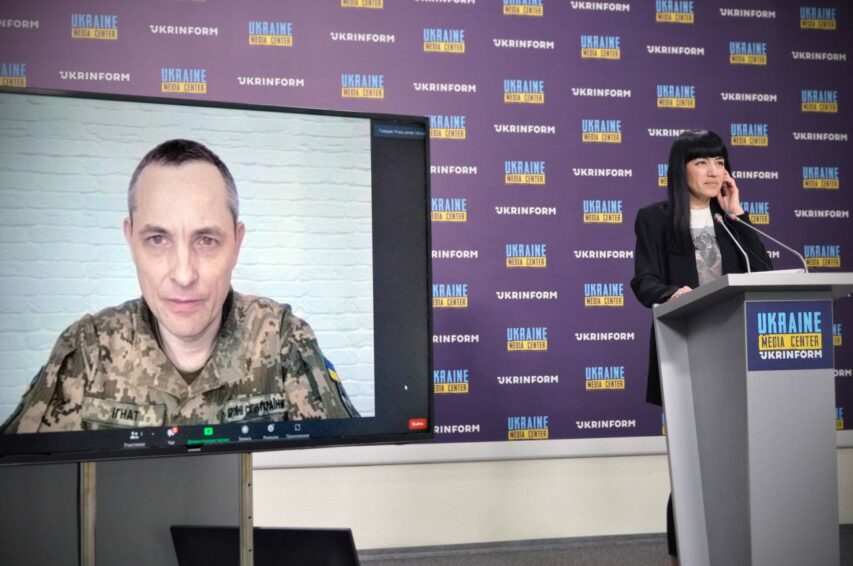 Most of all Ukraine needs newest-generation aircraft with powerful radars that can locate the enemy at the distance of 100 km, missiles with the same firing distance and active homing warheads, electronic warfare systems and fighter jets, mainly F-15 and F-16 of certain modifications.

Right now we’re fighting with equipment produced in the 80s, the enemy has the same range, but modernized. However, our specialists are well trained and that’s why today they are destroying the occupier’s aviation even with the outdated equipment,» — Yuriy Ihnat said.
He emphasized that the Air Force needs modern and more powerful equipment.

«We need serious equipment to close the skies over Ukraine, over NPPs, other important infrastructure objects, and to save civilian lives. We also need NASAMS and Patriot systems that can hit air targets as well as enemy missiles,» — Spokesperson of the Air Force Command of Ukrainian Armed Forces explained.

He noted that Ukrainian air forces are ready to quickly master new equipment, and they even have a plan of action to do that. Our pilots need to learn how to fly the aircraft and how to fight on them, so that they could efficiently oppose the enemy in the skies.