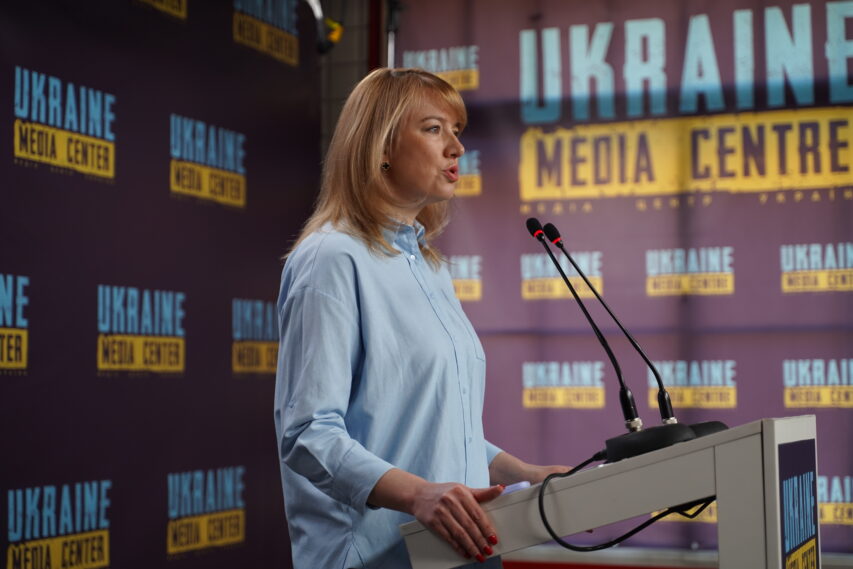 The Ukrainians will have stronger social protection and receive all the benefit payments on time. The indexation of pension benefits took place in early March according to the plans despite the war. Generally, the financial institutions in the country are working on a 24/7 basis.  Olena Shuliak, Chair of Sluha Narodu (Servant of the People) Party, made these statements at her press briefing at Ukraine Media Center.

«Our major goal for today is to develop a strong economy—the economy of the wartime capable of meeting the needs of Ukraine’s Armed Forces and those of the Ukrainian citizens,» Shuliak indicated.

The Verkhovna Rada member also added that the government worked on creating incentives for business and supporting vital sectors of the economy.

«We adopted a law setting a zero-percent excise tax rate and a seven-percent VAT rate for fuel. We also lifted various restrictions imposed on charitable activities; today, sole traders of groups 1 and 2 are paying their taxes voluntarily.»

According to Shuliak, the government’s business relocation program started working. The government received over 700 applications from entrepreneurs willing to move their production facilities from hot spots to the country’s West. By now, 50 entrepreneurs have already done so.