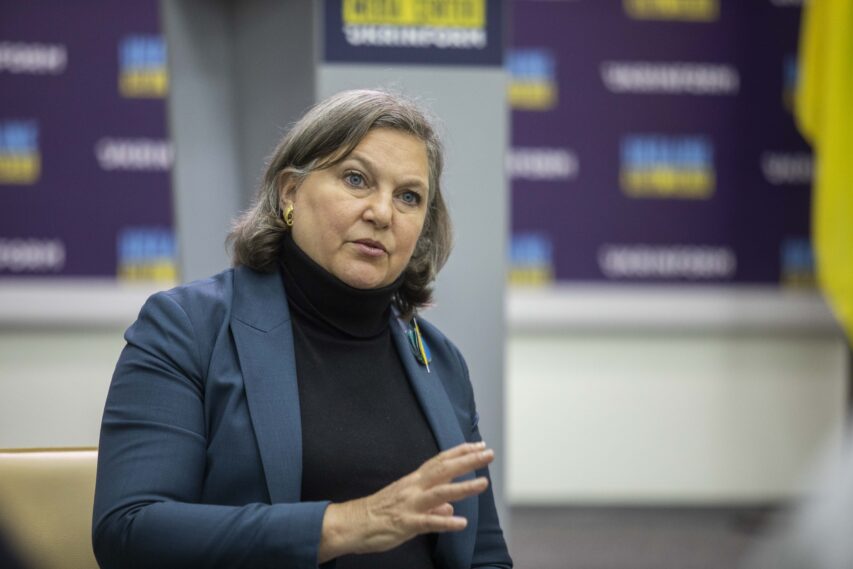 Victoria Nuland, U.S. Under Secretary of State for Political Affairs, made this statement during the meeting with journalists in Kyiv at Media Center Ukraine — Ukrinform.

Victoria Nuland, U.S. Under Secretary of State for Political Affairs, is convinced that Ukraine is winning the barbaric war unleashed by russia, and putin is losing it.

She said that she spent two very busy days in Kyiv and held meetings with a number of Ukrainian high-ranking officials, including Volodymyr Zelenskyy, the President of Ukraine, and Denys Shmyhal, the Prime Minister, members of the government and parliamentarians, as well as public activists.

“My principal message is a message of solidarity with the people of Ukraine at this difficult time, when putin has moved to a new level of barbarism, depriving the homes of civilians of electricity, heat and water. However, Ukraine is winning this war, and putin is losing it, and you, Ukrainians, are fighting for all of us, and we support you so that Ukraine stands and wins. The victory of Ukraine will mean the victory of freedom,” Victoria Nuland said.

In addition, the U.S. Under Secretary of State informed that during meetings with representatives of Ukrenergo, she discussed the start of supplies of power equipment from the United States within the scope of assistance announced by Antony Blinken, the U.S. Secretary of State, and expressed hope that this will happen in the coming days.