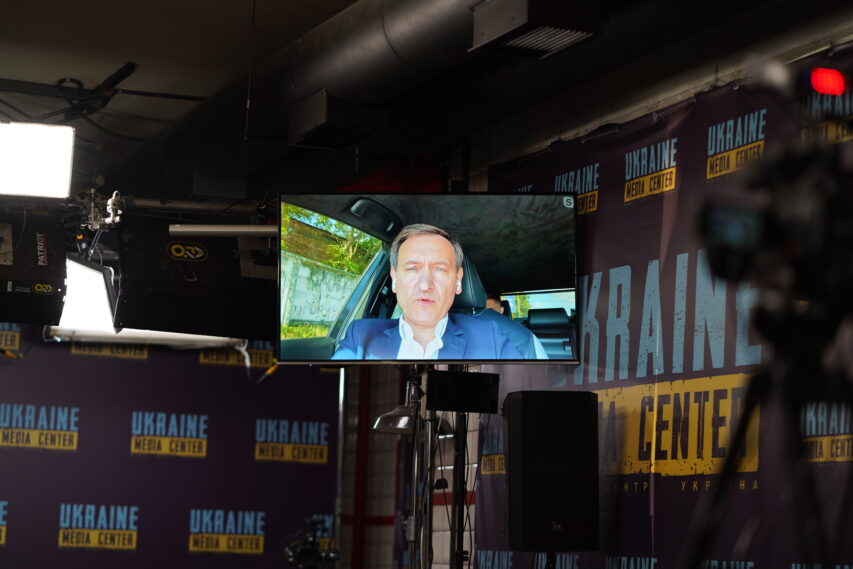 “Ukraine will honor its judicial reform commitments to the EU,” President’s Representative in Constitutional Court

Ukraine will fulfill all obligations to the European Commission regarding judicial reform. Fedir Venislavskyi, People’s Deputy of Ukraine, Representative of the President in the Constitutional Court of Ukraine made this statement during a briefing at Media Center Ukraine. According to him, last year the Verkhovna Rada already adopted two important laws in this direction, namely, it made changes to the law “On the Supreme Council of Justice” and to the law “On the Judiciary and the Status of Judges”. Currently, there are still a number of legislative initiatives on the agenda of the parliament that need to be approved.

“This is an improvement of procedural legislation. These legislative initiatives are being worked out in the Committee on Law Enforcement and the Committee on Legal Policy. And with regard to the reform of the judicial system, we will honor all the commitments we made to the European Commission in the near future,” — Fedir Venislavskyi said.

According to his information, another area that the Verkhovna Rada is working on in terms of judicial reform is the reform of the Constitutional Court of Ukraine. This week, the law “On Constitutional Procedure” has already been included in the agenda of the parliament.