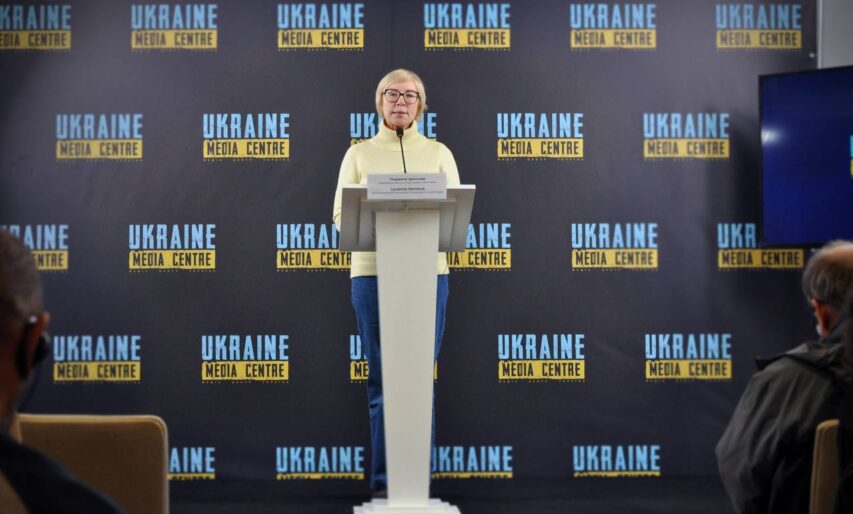 Ukraine strictly adheres to the rules for the treatment of prisoners, Russia violates these rules en masse, – Denisova

Apart from the mass rape of women and girls, children, including boys, men and the elderly, mass forced deportations, which is a gross breaching of the Geneva Conventions of 1949, Russia also violates the principles for the treatment of POWs citizens of Ukraine.

This was stated by Lyudmila Denisova, Ukrainian Parliament Commissioner (Ombudsman) for Human Rights at a briefing at the Ukrainian Media Centre, taken place in Kyiv.

Denisova reported on the facts of abuse of Ukrainian prisoners of war. According to the Commissioner, female prisoners of war were disrobed in the presence of men, forced to squat and were forcefully shaved. Male POWs were kept in tents in the freezing cold, therefore having their extremities frostbitten. They were not fed normally, not given water, not given a chance to breathe fresh air.

“These are their atrocious “Draconian “laws”, attempts to humiliate our people. This is a breaching of the Geneva Convention on the treatment of prisoners of war,” Denisova added.

Meanwhile, Denisova noted that she personally checked under what conditions the Russian prisoners of war are held by Ukraine attesting to its satisfactory.

“We have checked the conditions of Russian POWs detention on our territory in all places. Tomorrow the proceedings on the observance of their rights will be published. I witnessed myself and made my personal inspection. Ukraine adheres to conventions on the treatment of prisoners of war,” Lyudmila Denisova stressed.