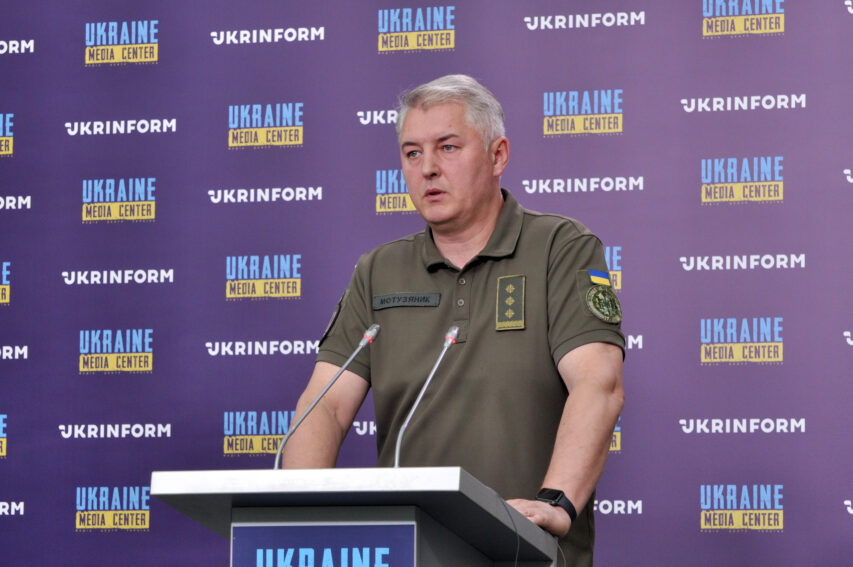 Near Kharkiv, the foe’s units of the western military district, coastal forces of the baltic fleet, and mobilization reserve of the 1st and 2nd army corps concentrated on retaining positions taken earlier.

Oleksandr Motuzianyk, Spokesperson for the Ministry of Defense, stated this during his briefing at Media Center Ukraine — Ukrinform.

“In the direction of Kozacha Lopan and Sosnivka, the Ukrainian forces repelled the foe’s assault and forced enemy forces to retreat,” he said.

To disrupt the logistics of the Defense Forces near Tsyrkuny, russian invaders undertook remote mine installation and an air strike with Ka-52 helicopters near Petrivka.

The situation near Slovyansk is more complicated, with Ukraine’s Armed Forces preventing the foe from creating conditions for an attack against Slovyansk. “The foe attacked toward villages of Dovhenke and Mazanivka, and fighting is ongoing. The enemy executed an air strike with a pair of Ka-52 helicopters near Dibrivne and Bohorodychne. Near the village of Dolyna, the Ukrainian warriors successfully repelled an enemy attack,” Oleksandr Motuzianyk indicated.

Overall, the occupiers are shelling positions of our troops with artillery along the entire front line.