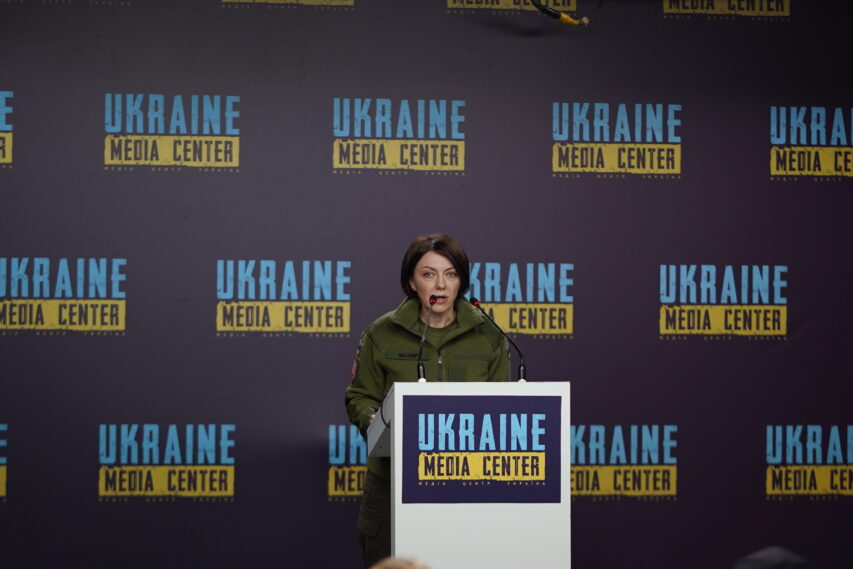 Ukraine has already won the information war, because a free society always defeats a totalitarian one — Deputy Minister of Defense of Ukraine Maliar

Deputy Minister of Defense of Ukraine Hanna Maliar said during a briefing at Ukraine Media Center that despite russia was trying to produce fakes about the Armed Forces of Ukraine, it had already lost the information war. According to her, every day russia tries to impose its absurd interpretations of events in Ukraine on the world, but in vain.

«A totalitarian society cannot win an information war against a free society, where patriots can work and create freely», — Ms. Maliar is confident.

Everything that Ukraine is doing to neutralize russia’s actions in the information space cannot be made public yet. The official, however, cited one action as an example of a successful operation.

«In the first days of the war, we broke through russia’s information blockade and called on the mothers of russian soldiers to look for them in Ukraine. If they died or were taken prisoner here, we promised help to find the whereabouts of a child or a husband, and even to get in touch with them. The russians found out what is really going on here thanks to this information campaign», — Deputy Minister of Defense of Ukraine said.

Hanna Maliar also adds that russia is greatly reducing the number of casualties among its military. Therefore, Ukrainians are constantly working on the information front so that russians know about the real number of casualties in their troops. The Deputy Minister of Defense reminded that as of today there were more than 18,000 dead russians.

«This number demotivates not only the civilian population. This truth demotivates the russian military, not all of whom want to come here to fight against what they believe is fascism here anymore». — Hanna Maliar said.