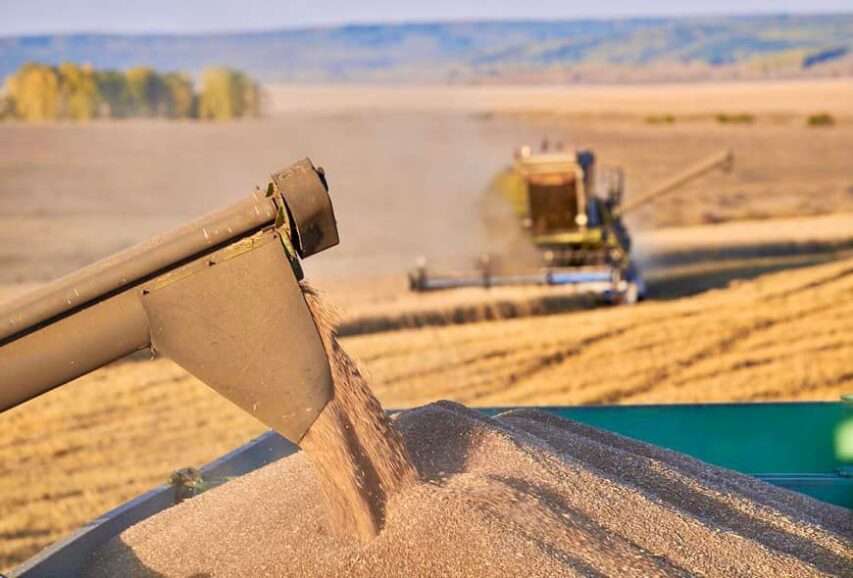 Ukraine exports about 4.5 million tonnes of grain both by sea and by land in August — Ukrainian Agrarian Council

Ukraine exported about 4.5 million tonnes of grain by both sea and land in August. These are the largest numbers since the beginning of russia’s full-scale invasion. Andriy Dykun, Chair of the Ukrainian Agrarian Council made this statement at a briefing at Media Center Ukraine. According to him, the increase in exports became possible due to the so-called grain deal, which started working over a month ago.

“About one and a half million tonnes of Ukrainian grain were exported through sea ports. And if we add the Danube ports, add the work of Ukrzaliznytsia (Ukrainian Railways), even though there is no exact data yet, but I think we can talk about 4-4.5 million tonnes of exports in August. Let me remind you that before the war we exported 6-7 million tons without any problems,” — Andriy Dykun said.

According to him, the volume of exports through the ports should increase in September. Therefore, Ukraine will be able to export 2.5-3 million tonnes of grain by sea. If land export routes through the western border work stably, the price of Ukrainian grain in the world should begin to rise.

“In October-November, our farmers will receive a decent price for their products. And this will be very good news for the whole country, because if the price is good, then our main sowing campaign will take place in March next year,” — the Chair of the Ukrainian Agrarian Council explained.