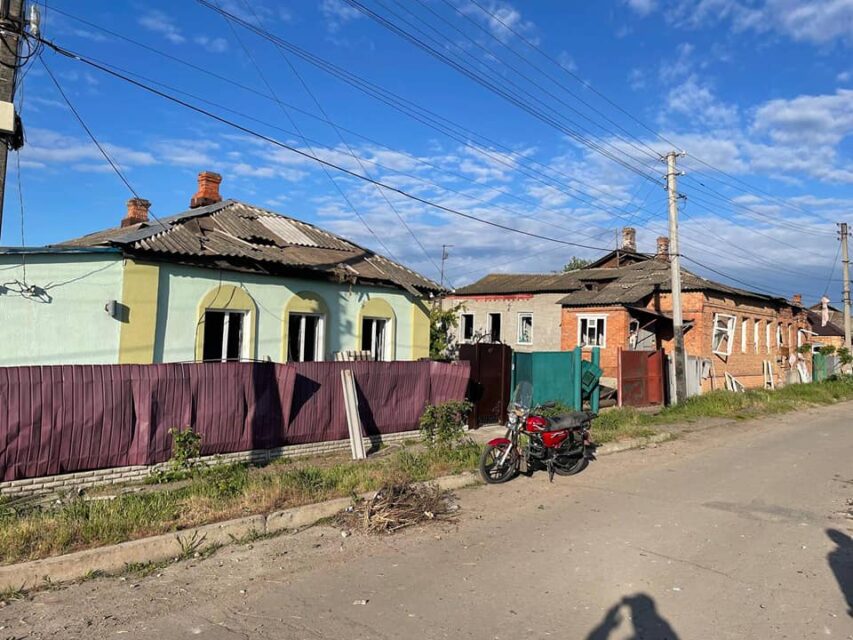 “There Was No Heavy Shelling Like This Since the Start of the War,” Head of Sumy Oblast Military Administration

russians are trying to get across the national border in Sumy Oblast. Fighting in the north of Shostka Raion is going on.   Dmytro Zhyvytskyy, Head of Sumy Oblast Military Administration, said this at his briefing at Media Center Ukraine. According to him, russians are using multiple rocket launcher systems, mortars, grenade launchers, and guns.

Since the morning, many populated areas in Sumy Oblast have been under heavy fire.  In Okhtyrka, 5 russian cruise missiles hit civilian facilities, and 5 people were wounded.

“A school was destroyed; residential buildings, including a block of apartments, were damaged. People were locked in due to the deformation of the metal entrance door. A church, some warehouses, and shops were damaged as well,” Dmytro Zhyvytskyy said.

According to him, russian attacks on Sumy Oblast have become more frequent lately. For instance, a sabotage and recon unit tried to get through the Ukrainian border on Monday, May 16. Also, the foe keeps shelling settlements along the border.

“They are bombarding homes with projectiles from multiple rocket launcher systems and throw bombs from airplanes on summer camps. However, there has been no heavy shelling like this since the war started,” the Head of Sumy Oblast Military Administration stated.