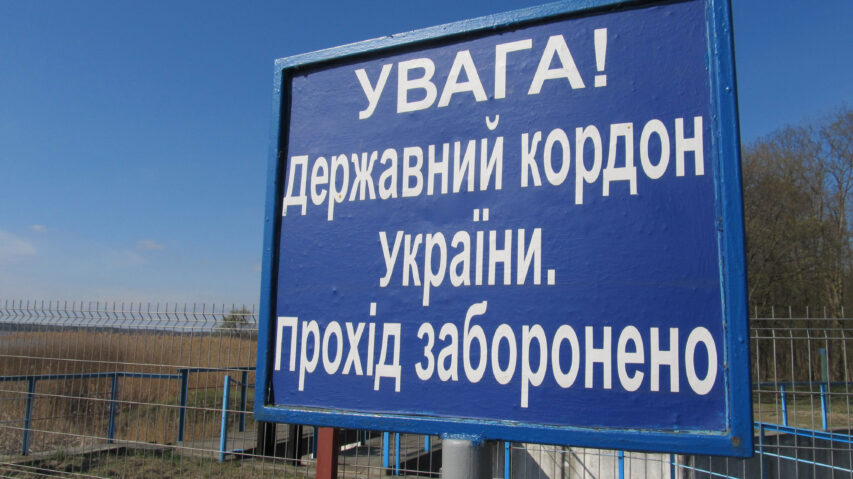 This was stated by Andriy Demchenko, spokesman for the State Border Guard Service of Ukraine, at a briefing at the Ukrainian Media Center held in Kyiv.

According to him, after Russian troops pressured by AFU were forced to withdraw from the Kyiv, Chernihiv and Sumy Oblasts, Ukrainian border guards returned to providing border control measures.

“In the Kyiv, Chernihiv and Sumy Oblasts, our border guards have already taken their duties on home stations in the offices in the bordering province where they raised their flags. As the threat of mines remains, the survey of the cross-border area is under way. Also, the enemy sabotage and reconnaissance groups as well as hostile shelling of the neighboring territory cannot be ruled out,” Demchenko said.

In the Kharkiv Oblast and in the south of Ukraine, border guards together with servicemen of the AFU, the National Guard of Ukraine and Territorial Defense Forces units are involved in combat operations against the enemy.

“A couple of days ago in Mariupol, one of our officers, while covering the departure of his group, by getting encircled, wounded, unwilling to get captured, he blew himself up, so that the enemy did not get the radio station. The last thing he said in the radio station were the words “Glory to Ukraine!” – added Demchenko.

According to the State Border Guard Service, since the beginning of the Russian invasion, 3 million citizens of Ukraine and about 350,000 citizens of other countries have left Ukraine for the EU and Moldova.

“During the first few days the return to Ukraine was insignificant, about 10 thousand citizens per day crossed the border to enter. The majority of them were men. Common rules do not define the purpose of returning home, but in a talk to us or the media they explained that they could not stand aside and were returning to join the AFU, to benefit Ukraine by volunteering or in other ways. In recent weeks we have recorded an increase in the number of people entering Ukraine, this figure now reaches 25,000 people per day. Women, children and the elderly come back”, – added the spokesman of the State Border Service.

According to Demchenko, now there are no queues for entry and exit from Ukraine.

“Currently there has been no queues at the western border, there are some rush hours, but it’s just a few dozens or hundreds of cars [waiting to cross the border]. There are no long waits at the border.