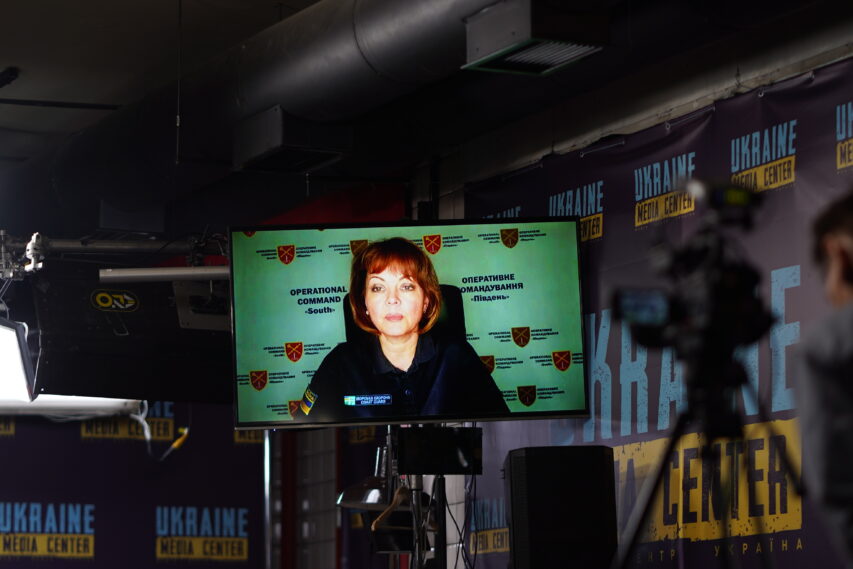 Natalia Humeniuk, Head of the United Coordinating Press Center of Security and Defense Forces of the South of Ukraine, Media Center Ukraine

The russians have started using their aircraft in Ukraine’s south more actively. Natalia Humeniuk, Chief of the Joint Coordination Press Office of the Security and Defense Forces in the South of Ukraine, stated this during her briefing at Media Center Ukraine.

“They do try to use air raids as a method of remote influence. We use all weapons and personnel training we have to destroy the planes that hit us this hard. We are quite effective: We downed two airplanes and two helicopters over the previous two weeks. A new countdown starts with a new week,” Natalia Humeniuk stated.

According to her, the russian military leadership is also trying to prevent their soldiers from surrendering en masse. They work actively with their personnel to this end.

“They rotate the units, removing those most demoralized to the rear, dealing with them there, and only afterward moving them to the front line. It is done quite haphazardly because time is running out. The destruction of their operations command centers and logistical centers prevents them from supplying protective equipment, weapons, and ammunition to the front line. In addition, they do not have enough experienced commanders because hitting operations command centers also means hitting officers. We are trying to use this period of confusion to implement our plans,” the Chief of the Joint Coordination Press Office of the Security and Defense Forces in the South of Ukraine said.