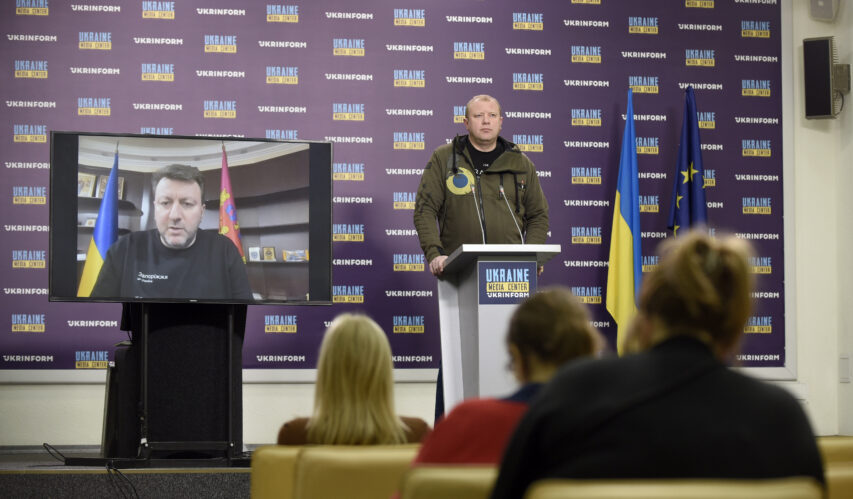 The Invaders Do Not Allow Evacuation Through the “Corridor of Life” in Zaporizhia Region: Only One Person Passed Through It Over Two Weeks – Head of Oblast Military Administration

Now the enemy does not allow people to leave the temporarily occupied territory of the Zaporizhia region through the so-called “corridor of life”. Oleksandr Starukh, Head of Zaporizhia Oblast Military Administration, made this statement during the briefing in the Media Center Ukraine — Ukrinform.

“The main direction that worked for us — the “corridor of life” in Kamianske village between Vasylivka and Zaporizhia — is closed now. Over the past day, one person passed through it. It was the head of one of the educational institutions, who was forced for collaboration, as he claims. He refused, after which he was brought and dropped off in Vasylivka, and walked 15 kilometers to Kamianske. This is the only person who could leave the occupied territories over the past two weeks. The path is closed to everyone else. They set restrictions until January 15. So far, there are no signs that a minimal corridor will be opened there and people will be able to leave,” Oleksandr Starukh said.