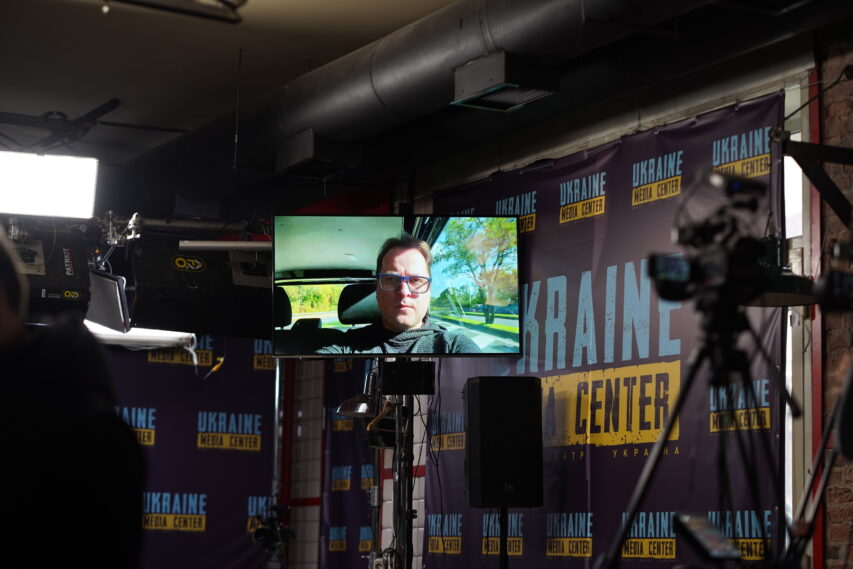 The Fate of Belarus Depends on Ukraine’s Victory: It Will Give a Chance to Liberate the Country from Putin and Lukashenko — Franak Viačorka, Adviser to Svetlana Tikhanovskaya

Ukraine’s success at the front can help Belarus free itself from putin’s and lukashenko’s power. Franak Viačorka, Adviser to Svetlana Tikhanovskaya (belarusian opposition leader) made this statement during the briefing at the Media Center Ukraine.

“We have the Victory (Peremoha) plan, a mobilization plan that comprises more than 200,000 people. There are many military personnel among them who, at a critical moment, will receive directions on what must be done to paralyze the lukashenko’s system. And we rely on them, we hope that when lukashenko will be weak, when Ukraine will succeed at the front, we will have a window of opportunities to launch this mobilization plan, which will lead to a power shift,” Franak Viačorka said.

Therefore, according to him, the fate of belarus now directly depends on Ukraine’s victory in the Russian-Ukrainian war.

“Only Ukraine’s victory will give us a chance to liberate Belarus from putin and lukashenko. We, Belarus and the whole world, must do everything to help Ukraine win. We do not ask either Ukraine or the world to liberate us, but we ask and propose to act together,” Adviser to Svetlana Tikhanovskaya (belarusian opposition leader) emphasized.

Recall that on October 10, Svetlana Tikhanovskaya, emigrated Leader of the belarusian opposition, appealed to Volodymyr Zelenskyi, the President of Ukraine, with a request to establish diplomatic and political relations between Ukraine and the Joint Transitional Cabinet of Belarus.