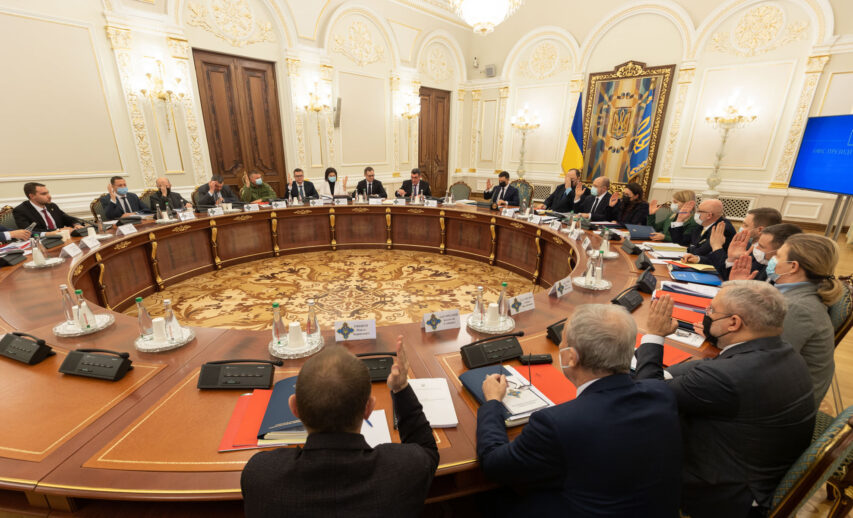 Suspension of pro-russian parties: Ministry of Justice has tools, the Verkhovna Rada will pass an additional law – O. Korniyenko

Oleksandr Korniyenko, First Deputy Chairman of The Verkhovna Rada of Ukraine, informed during a briefing at Ukraine Media Center that the Ministry of Justice had been developing an instrument to implement the decision of the National Security and Defense Council (NSDC) of Ukraine suspending activities of pro-russian political parties.

Currently, the suspension occurs via court decisions. The Ministry of Justice promptly formulates lawsuits, in particular, on the prohibition of accreditation, agitation and participation in political processes.

According to Okeksandr Korniyenko, 4-5 MPs are leaving OPZZh (Opposition Platform — For Life) faction at every sitting of the Verkhovna Rada. However, everything is not so simple at the local level.

«We understand that we need to be more careful with local councils. Unfortunately, there are councils with the majority of members belonging to the banned parties. It is important that we do not lose the authority of local councils,» – Mr. Korniyenko indicated.

According to Mr. Korniyenko, the parliament is currently working on a bill which would enable voters to recall deputies representing the banned parties.