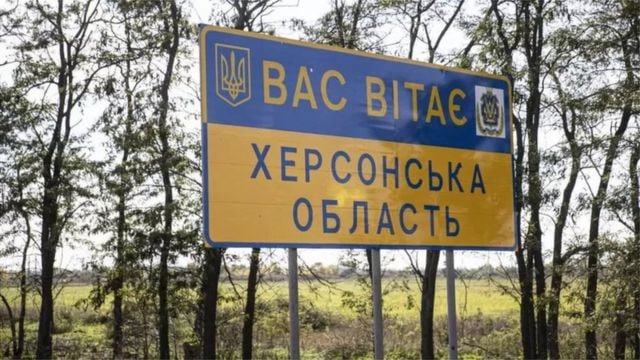 “Yesterday there were reports of the Ukrainian flag in Nova Kakhovka, but for now we control only the right bank of Kherson region,” Serhii Khlan

Ukraine controls only the right bank part of Kherson region and the city of Kherson, there have been no official reports about the left bank. The enemy artificially created a humanitarian crisis in this territory. Serhii Khlan, Deputy of the Kherson Oblast Council made this statement at a briefing at Media Center Ukraine — Ukrinform.

The de-occupied part of Kherson region is suffering from a humanitarian crisis, into which it was artificially plunged by the occupier: there is no electricity, heat and water in Kherson, the deputy of the Kherson Oblast Council reported.

“We know about the damage to the power distribution stations, which makes it difficult to ensure the energy supply of the city itself, and the right-bank part of Kherson region and a part of Mykolaiv region. A lot of work is underway to restore the infrastructure, heat, and water supply,” — the deputy emphasized.

Khlan added that city and oblast military administrations are restoring life in the city, postal services are returning, communication is becoming available thanks to Starlink terminals. Currently, there is an issue of providing residents with humanitarian aid, but security issues and demining remain the most important.