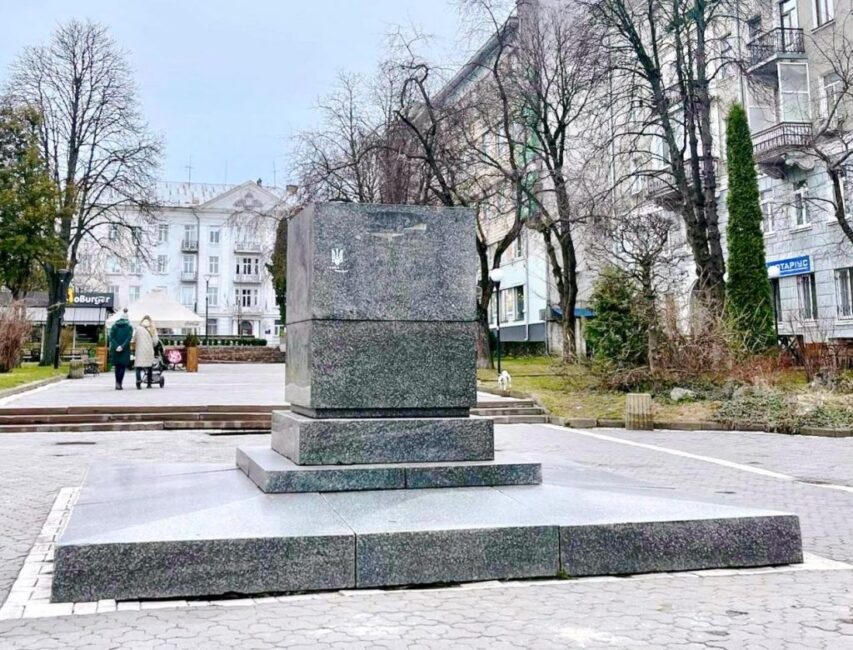 What to Do with Pushkin Monuments in Ukraine? Deliverables of the Expert Council on Overcoming the Russification and Totalitarianism Consequences

Since the beginning of russia’s full-scale invasion, the Expert Council on Overcoming the Russification and Totalitarianism Consequences at the Ministry of Culture and Information Policy has recognized that 39 monuments are no longer subject to entry in the State Register. Oleksandr Tkachenko, Head of the Expert Council, Minister of Culture and Information Policy of Ukraine, said this during the briefing in Media Center Ukraine — Ukrinform. According to him, it is a case of monuments to Kyrponos, Frunze, Krupska and Dimitrov, in particular. In addition, according to the Minister, the Expert Council recommended depriving several monuments to Pushkin and other russian and soviet figures of their conservation status. Oleksandr Tkachenko noted that at decision-making, the Council relies on appeals received from local authorities. The Council can also only recommend some actions with a particular monument.

“We consider unacceptable the existence of monuments in Ukrainian cities for many figures, both the so-called russian “big” culture and soviet monuments. Unacceptable does not mean immediate dismantling, but means moving this monument, or handling it cautiously. Some of these monuments are a part of our cultural heritage, and they should be in special parks. We point out that for many years or decades russia has used russian culture as an instrument of enslavement of peoples who had the misfortune of being dominated by it. And when we talk about the fact that more than 400 streets named after Pushkin are hardly worth to exist in Ukraine, we should say why they appeared. They appeared as a tool for consistent inoculation of russification in Ukraine,” Oleksandr Tkachenko said.

According to Kostiantyn Doroshenko, a member of the Expert Council, Art Critic and Curator, the Council does not advocate banning the works of certain figures, but only the unacceptability of their presence in the public space.

“When we talk about dismantling certain monuments, renaming certain toponyms, this is not a ban on cultural or historical figures. We talk about another problem: not every outstanding cultural figure, not every outstanding historical figure should be glorified from the point of view of today and the values that Ukraine shares,” Kostiantyn Doroshenko explained.

In addition, experts shared their vision regarding the process of monument replacement.

“When it is said that it is absolutely necessary to change something to something, it must also be explained that a new monument should not necessarily stand in place of each monument. That is, we should not follow the soviets,” Oles Doniy, member of the Expert Council, Ideologist, Head of Center for Research of Political Values NGO, said.