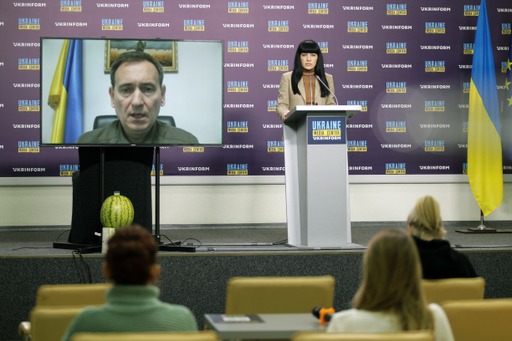 We Will Not Address Russia Regarding Changes in Its Legislation Concerning the Annexed Territories Following the Results of the War; Criminal Authorities’ Decisions Have No Legal Force – Fedir Venislavskyi

Ukraine will not address russia requesting to change rf’s legislation concerning the annexed territories following the results of the war, because no decision of the criminal authorities has legal force. Fedir Venislavskyi, People’s Deputy of Ukraine, Member of the Verkhovna Rada of Ukraine Committee on National Security, Defense and Intelligence, Representative of the President to Verkhovna Rada of Ukraine, made this report during the briefing at Media Center Ukraine — Ukrinform.

“None of decisions of the criminal authorities of the russian federation’s terrorist regime related to attempts to illegally annex the Ukrainian territories has legal force. They are legally null and void. Therefore, I think it is definitely not worth addressing the country with a request to change this as a result of the war,” Fedir Venislavskyi explained.

The People’s Deputy expressed confidence that rf’s political elite, which will replace the current criminal regime of putin, will be forced to bring up its domestic legislation to International Law, standards and values.

“russia recourses to rules of International Law only when it is in its interests. And when it is not in its interests, they don’t even mention this. They do not mention that russia systematically and grossly violated a number of the UN Charter provisions by attacking Ukraine, attempting to annex a part of its territory, causing damage to individuals and legal entities. These are all the rules of International Law that should be signed by all sound, civilized countries. Therefore, russian federation, whether it wants or not, will be forced to return to the generally recognized international legal framework,” Fedir Venislavskyi assured.