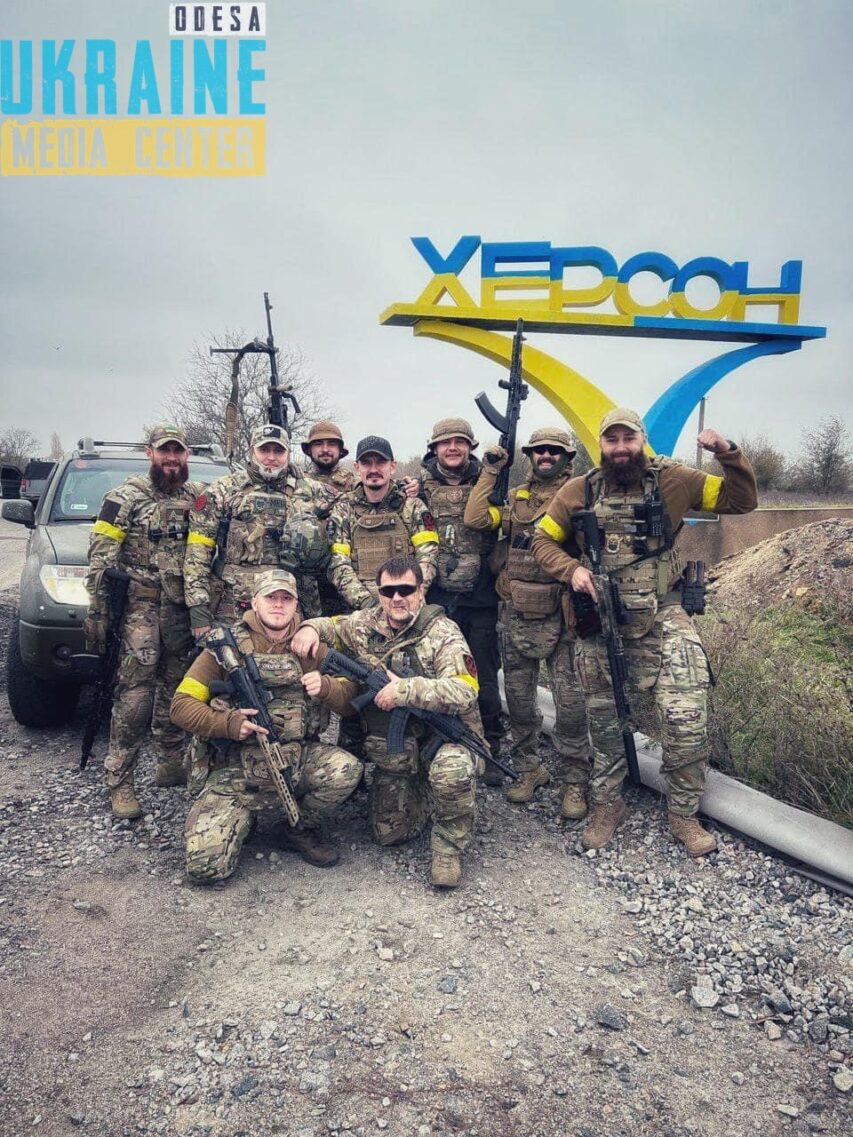 Photo by Media Center Ukraine — Odesa: Unit of the Territorial Defense Platoon 126th brigade of the Armed Forces of Ukraine

“Any attack may be done in forced pace, but only when it is necessary. But a forced offensive is always a risk of running into mines or traps. The Russians had a very large number of trenches and fortifications. And the sappers are the first to go into each,” – said the serviceman.

“If you chase the enemy, you can run into mines or a trap. So no one caught up with them in order to preserve the personnel,” Kapshin added.

As the serviceman says, now it is also dangerous in Kherson, because the enemy has remained on the left bank and his artillery can reach the city.