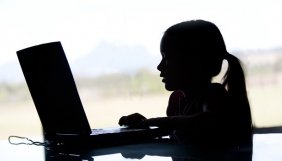 To Delete Child Pornography from the Internet in Ukraine Is Almost Impossible — Anastasiya Dyakova, the Educational Project #stop_sexting

Due to unwillingness of IT hosters and providers to implement changes that were adopted by laws, it is now almost impossible to delete child pornography from the Internet in Ukraine. Anastasiya Dyakova, Founder of the educational project #stop_sexting, said this during the briefing at the Media Center Ukraine — Ukrinform.

“Today, it is almost impossible to delete child pornography from the Internet in Ukraine. We raised this issue in the Parliament as far back as the year before. Unfortunately, we saw a large lobby of IT hosters and providers exactly in the Parliament who do not want to implement changes. We will not raise this issue during the war. We can see what losses are suffered by hosters and providers, how much they do. But the problem is that if you host child pornography, you are obliged to delete it. It is very sad when a child caught in such a crime goes to the police, the police do not give an adequate response, and then this content follows the child everywhere in the country, even if he or she moves. This constantly traumatises the children for all their lives,” Anastasiya Dyakova explained.