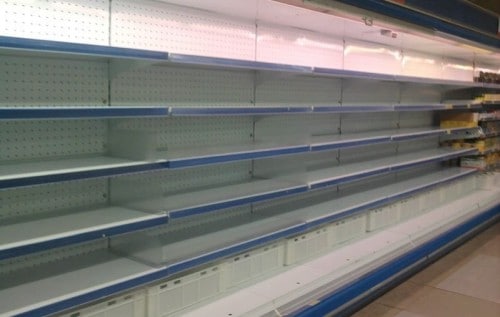 The Humanitarian Situation Is Extremely Difficult in the De-Occupied Settlements of Luhansk Region, and Emergent in the Temporarily Occupied Areas — Head of Oblast Military Administration

The enemy continues shelling of the liberated territories of Luhansk region and has created an emergently difficult humanitarian situation in the temporarily occupied settlements of the region. Serhii Haidai, Head of Luhansk Oblast Military Administration, made this statement during the briefing at the Media Center Ukraine — Ukrinform.

“If we talk about de-occupied settlements, the situation is extremely difficult, because the shelling does not stop there. Sometimes the wounded local residents have to be evacuated. We have provided the local population with everything relating to the delivery of humanitarian and food packages. Now we are providing them with household chemicals, primary medicines, and light repair kits. But the situation is still dire,” Serhii Haidai said.

The Head of Oblast Military Administration noted that the most difficult situation is in the temporarily occupied territory.

“The territory where the hot phase of combat activities took place — these are the big cities of Rubizhne, Sievierodonetsk — the situation is terrible there. We can say with full responsibility that they are in an emergency condition. The invaders and collaborators did not prepare large cities for the heating period. Just for signs on the wall, they demonstrate how they bring firewood to multi-storey buildings, although they do this 1–2 times, but that is all. Trees have almost disappeared in cities, because it is with firewood that local residents heat their homes. It is deadly to go to tree belt areas or to the forests, because everything is mined there. Therefore, they cut down trees in the cities,” Serhii Haidai said.