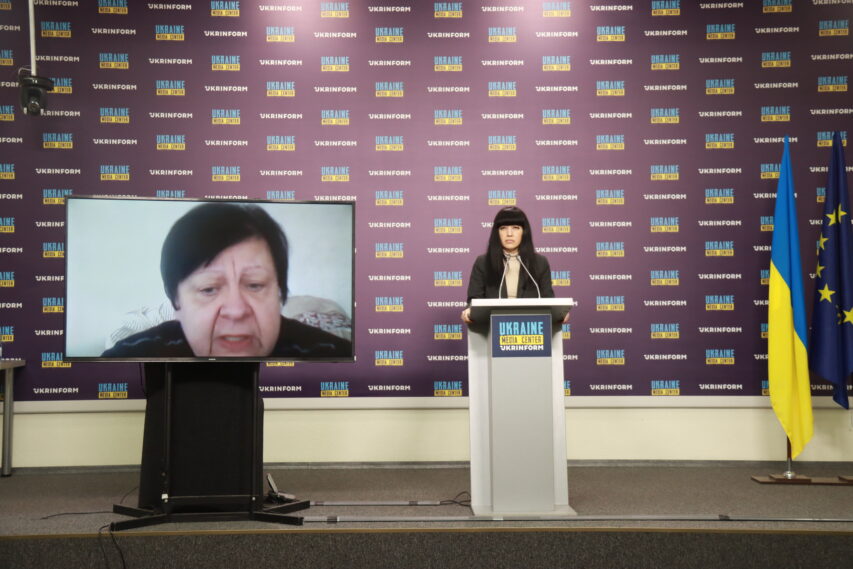 Liudmyla Fylypovych, Religion Scholar, Doctor of Philosophy at the Institute of Philosophy of the National Academy of Sciences of Ukraine, Media Center Ukraine — Ukrinform

With the outbreak of russia’s war against Ukraine in 2014, the religious landscape of Ukraine has been changing. Over the years, the influence of the russian church has significantly shaken not only in our country, but also in the world. Liudmyla Fylypovych, Religion Scholar, Doctor of Philosophy at the Institute of Philosophy of the National Academy of Sciences of Ukraine, told this during the briefing at the Media Center Ukraine — Ukrinform.

“With the beginning of the russo-Ukrainian war back in 2014, the religious landscape of Ukraine has been changing. This was influenced by the annexation of Crimea and the occupation of parts of the Donetsk and Luhansk regions. For the first time in 25 years of Independence of our State, we have recorded a significant decrease in the number of religious organizations and the geography of their distribution. This primarily affected the network of Islamic organizations, the vast majority of which were Crimean Muslim communities. The Orthodox life of Ukrainians has significantly changed too. And russia’s naked aggression against Ukraine since February 24, 2022 has resulted in tragic losses among Ukrainian believers, to destruction of religious buildings, to mass migration, to destruction of religious centers of spiritual life in Ukraine,” Liudmyla Fylypovych said.

Over the years, significant changes have taken place that have affected the alignment of Orthodox forces not only in Ukraine, but also in the world.

“The Orthodox Church of Ukraine has appeared on the religious map of Ukraine since 2014. And since the Convocation held in 2018 to unify three branches of Ukrainian orthodoxy and as a result of receiving the Autocephaly Tomos from the Ecumenical Patriarch in 2019, the alignment of Orthodox forces has changed not only in Ukraine, but also in the world. The hegemony of the Ukrainian Orthodox Church under the Moscow Patriarchate in Ukraine and the russian Orthodox Church in the world has been greatly shaken. Today, a paradoxical situation has developed: those who were no one for 30 years and were considered schismatics, with whom no one wanted to deal in the religious world, have now acquired canonical status thanks to the Tomos. And their counterparts, the Ukrainian Orthodox Church under the Moscow Patriarchate, have lost this canonical privilege, since their declared independence, not even autocephaly, has not yet been recognized by anyone,” the Expert explained.