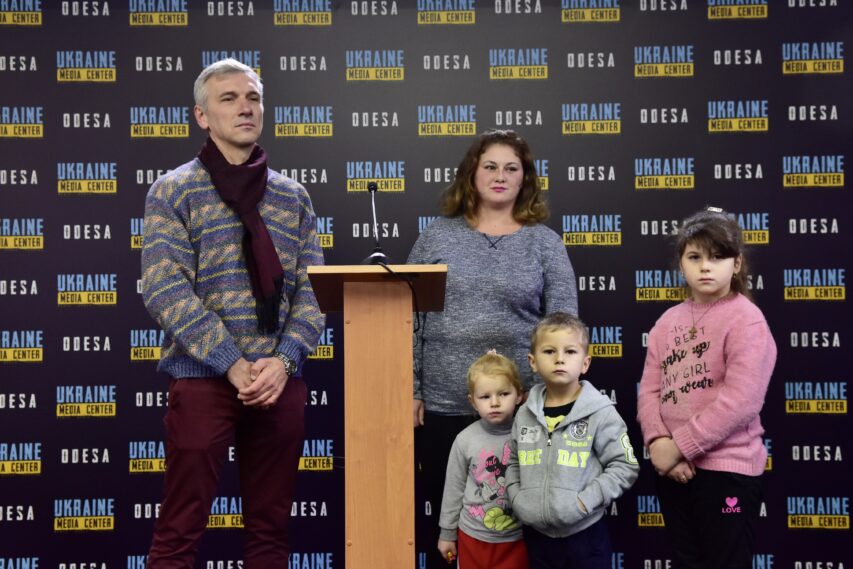 Photo by Media Center Ukraine — Odesa: Oleh Mykhailik, chairman of the board of the charitable foundation "Shoulder to shoulder" ("Plych o plych") and Liana Kuyan, a temporary refuge person from Kherson oblast.

A severe winter and destroyed infrastructure will force people to leave the de-occupied city. Oleh Mykhailyk, a volunteer and chairman of the board of the “Shoulder to shoulder” (“Plych o plych”) charitable foundation expressed this opinion during a briefing at the Media Center Ukraine-Odesa

“The situation in Kherson is catastrophic. The occupiers destroyed everything they could. The military administration says that everything was taken away – hospital equipment, household appliances,” said the volunteer.

According to him, there will be problems with medicine, warm clothes, and diapers in Kherson in winter. “People will leave Kherson not even because of the shelling, but because of the lack of electricity, gas, and water supply. Generators are needed, but now only one gas station is working in Kherson. People don’t have money to buy fuel for generators,” Oleh Mykhaylyk added.

“Water is delivered to people, but they -have to stand in line from 9 a.m. to 3 p.m. They give two bottles in their hands. People even put barbecues on their balconies and cook food because there is no gas or electricity. People stand in lines to charge their phones,” said Liana Kuyan, a temporary refuge person from Kherson oblast.