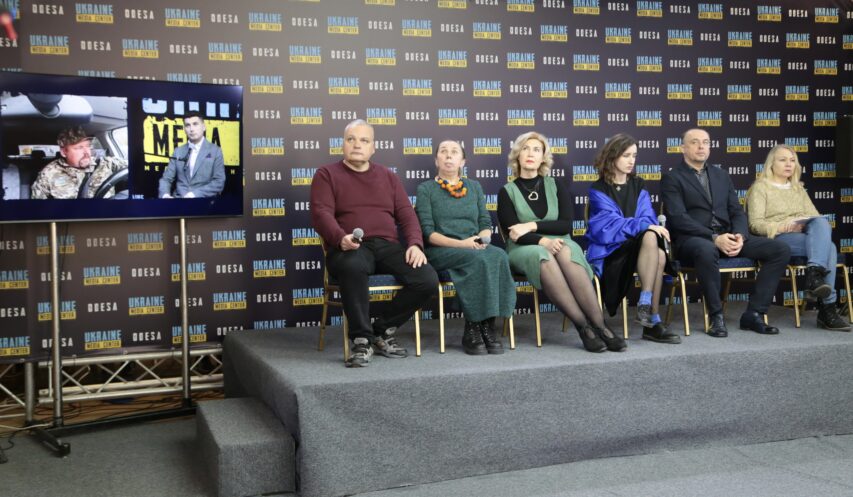 During the discussion “How theatrical art reinterprets the Russian-Ukrainian war” held at the Ukraine Media Center — Odesa, Odesa artists spoke about how much has changed in their approach to work during the war

“Now we are renewing the repertoire. We work on new performances every month. We are resuming work on the performances we have not performed for a long time. We had many performances in Russian. Now we are adapting it in Ukrainian. That’s why we have 2-3 premieres a week,” Yuriy Yushchenko, head of the literary department of the Odesa Academic Puppet Theater, said during the discussion.

Lilia Shtekel, the head of the theater’s literary and dramaturgical department, said that in the Odesa Theater of a young spectator theatrical performances are translated into Ukrainian

“We have staged a lot of shows. Since March, we have started looking for new plays. We have produced four new plays in our repertoire. Soon there will be a premiere of “Lullaby” directed by Oleksandr Dalevtyan. Our actors speak Ukrainian fluently. There will be no more Russian language at all,” added Lilia Shtekel.

Oleh Shevchuk, actor and director of “Theater on Tea factory”, said that before the war, the premiere of  “Open Sea” play was about to be performed at the theater. Now it’s being translated into Ukrainian. When its done, the performance will be premiered. And further premieres will also be in Ukrainian. By the way, Oleh Shevchuk is currently at the front.

“Maybe it’s gonna sound radical, but I believe that after our aggressive neighbor has invaded our country, after all the things Russians have done, I personally will not return to Russian drama for 5-10 years. We are going to Europe. Now it is very important that young people get acquainted first with Ukrainian literature and drama, and European. Maybe one day we will return to russian, but not now,” Oleg Shevchuk said.

You can watch the full video of the discussion here.