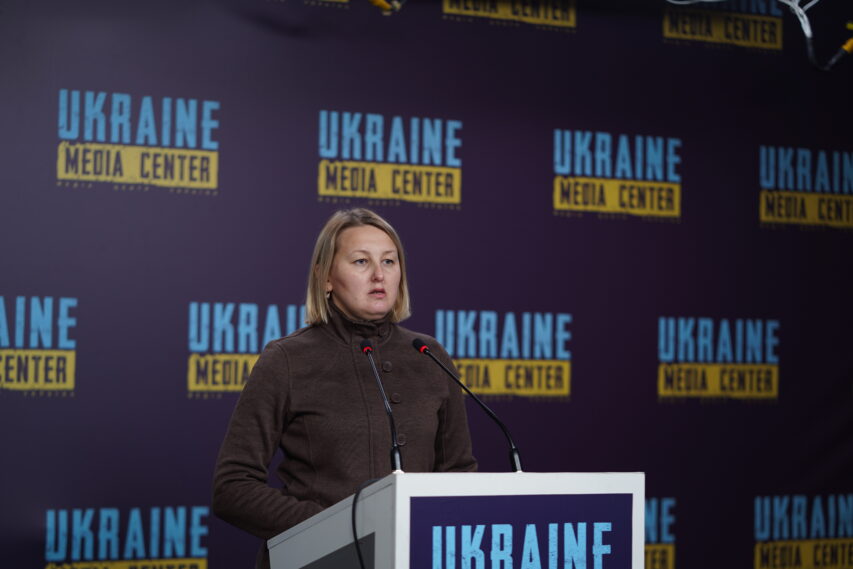 Iryna Shvaiko, Head of the Projects and Events Department of Lviv Oblast Military Administration at the Media Center Ukraine

On November 21, Ukraine celebrates the Day of Dignity and Freedom, and now Lviv honors the Fallen Heroes of the Heavenly Hundred. Iryna Shvaiko, Head of the Projects and Events Department of Lviv Oblast Military Administration, said this during the briefing at the Media Center Ukraine.

In particular, celebrations will take place at the Lychakiv Cemetery and Taras Shevchenko Square.

“Today, at the Lychakiv Cemetery, we will honor the Heroes of the Heavenly Hundred who have been buried in the field of honorary graves, will lay flowers and also will service for all those who were killed on the Maidan. After that, at 4:30 PM near the Square and the Shevchenko Monument, the “Reminiscences of Maidan” artistic performance will take place, during which we will plunge into the spirit of Maidan, recall how it began, how it happened, we will sing songs that have become a symbol of the Maidan, as well as songs that have now become a symbol of the ongoing war in Ukraine,” Iryna Shvaiko said.

For more information, follow the program of events dedicated to the Day of Dignity and Freedom at the link.