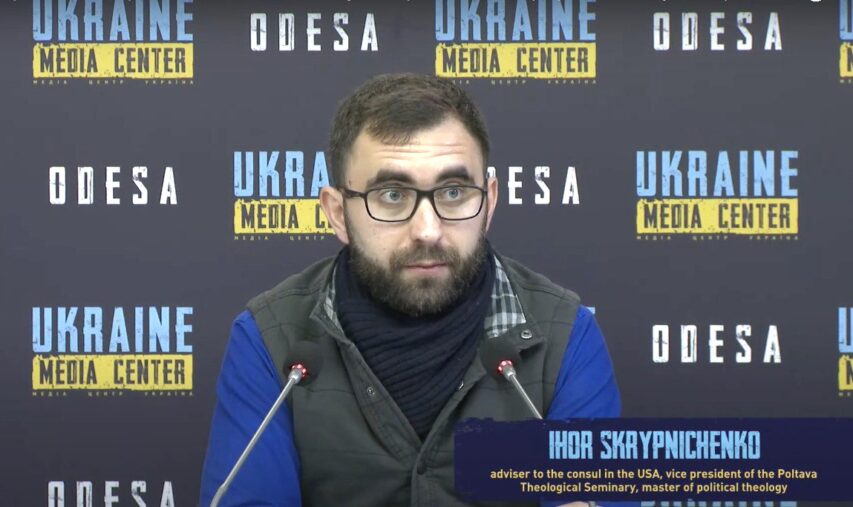 Photo by Media Center Ukraine – Odesa: Ihor Skrypnichenko, adviser to the Honorary Consul of Ukraine in the USA, vice president of the Poltava Theological Seminary, master of political theology

It consists of four stages. Ihor Skrypnichenko, adviser to the Honorary Consul of Ukraine in the USA, said this during a briefing at the Media Center Ukraine – Odesa.

“In the summer of 2022, experts from the Seattle Pacific University came to Western Ukraine, where they trained state and military leaders, psychologists, teachers, chaplains and volunteers. These classes were devoted to the restoration of the individual who had survived the trauma. And during two visits, university specialists trained 803 people,” the specialist said.

As the consul’s adviser added, now trained specialists in the West of Ukraine are implementing a program of psychological rehabilitation of military personnel and their families. The program itself consists of several stages, the specialist said.

“This is the rehabilitation of war-traumatized soldiers and civilians; whole family school – work with families of traumatized people; The school of democracy is an educational program aimed at educating free and responsible citizens and adapting servicemen to peaceful life,” the specialist added.

Now they want to implement such a program in Odesa, Ihor Skrypnychenko noted.

“We still don’t know where we will train people. But it will be a two- or three-day course for state and military leaders, psychologists, teachers, chaplains, and volunteers. And when we see capable people who will be ready to work with the military, they will undergo in-depth training,” Ihor Skrypnychenko noted.