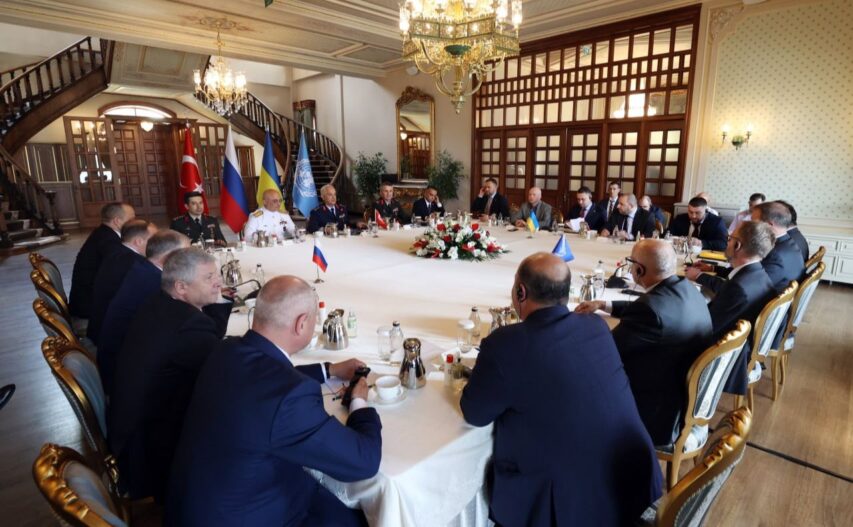 Türkiye has shown itself to be a real strategic partner, providing great support to Ukraine at various levels, especially with the country’s mediation efforts within the framework of the so-called “grain deal.” Vasyl Bodnar, Ukraine’s Ambassador Extraordinary and Plenipotentiary to Türkiye made this statement at a briefing at the Media Center Ukraine — Ukrinform.

“Ukraine and Türkiye are making serious efforts to strengthen global food security. The possibility of opening the “grain corridor” was made possible thanks to the Armed Forces of Ukraine. Later, the mediation efforts of Türkiye and the UN helped to conclude this agreement. This deal is now working. Of course, this is not the volume that we would like to pass through inspections, because currently the representatives of the aggressor country in the joint control center traditionally try to slow down the inspection process. We could do a lot more, but for now it’s an efficient process and it’s the only way to supply large volumes of the grain that we grow. Also, there is now an issue about the continuation of this initiative, since there are less than 60 days until its completion. It has proven its viability,” — the Ambassador said.