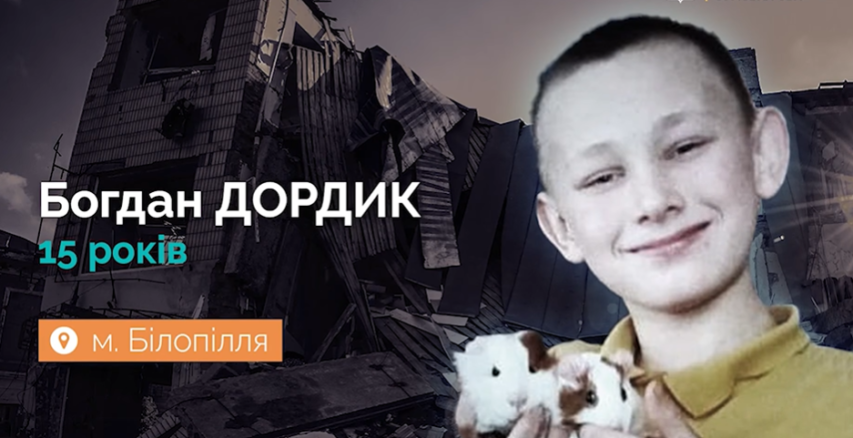 Last week, the enemy shelled Bilopillia city in the Sumy region. A 15-year-old boy who was driving for milk for the younger siblings of his multi-child family was killed. Dmytro Zhyvytskyi, Head of Sumy Oblast Military Administration, made this report during the briefing in Media Center Ukraine — Ukrinform.

“Last week, the central part of Bilopillia city, which is located well beyond the vicinity of the border, was shelled. The shells hit directly the central part, not far from apartment buildings. The shells also hit the city hospital, one wing of this hospital was almost destroyed, the windows and doors were broken. Unfortunately, a 15-year-old boy from a four-children large family was killed in the center of Bilopillia. The eldest son who went to get milk for his younger sisters and brothers. Right on the street just steps from the house near him, the enemy shell exploded. The boy died from the shrapnel on the spot, he had no chance to survive,” Dmytro Zhyvytskyi said.