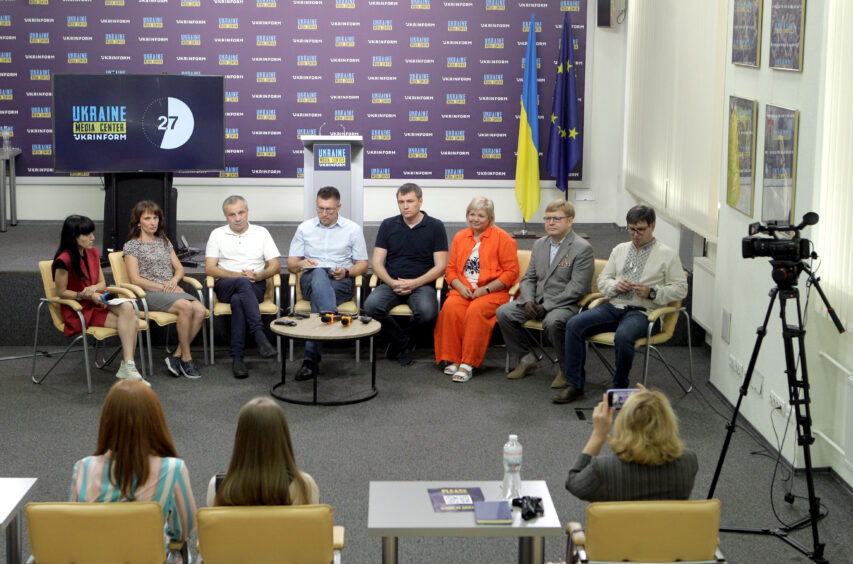 “Dialogues on the War” is an important project for both nowadays and the future. Children need to be talked to and explained about the war, because it is what is at the basis of the education of the younger generation,” — Taras Shevchenko, Deputy Minister of Culture and Information Policy said.

The project was implemented by the Ukrainian Institute of National Remembrance upon the initiative of the Ministry of Culture and Information Policy of Ukraine, in cooperation with the Hero of Ukraine Volodymyr Zhemchugov.

“Dialogues on the War” includes three video conversations of a schoolgirl with veterans of the ongoing russo-Ukrainian war as well methodological recommendations for three classes on discussing these dialogues in a classical lesson format, as an element of a lesson or an extracurricular educational event.

The point of the project is to explore the topic of the modern russo-Ukrainian war by means of video lessons and conversations with students of grades 5-7. Also, the Ukrainian Institute of National Remembrance has developed methodological materials on this topic.

Oleksii Shkuratov, Deputy Minister of Education and Science of Ukraine pointed out that the main parts of this project are already being implemented in practice: “This content is used in school and extracurricular education. Today, in the conditions of war, it is easier for a child to understand the material through a video than from a textbook.”

Roman Gladkovskyi, the project officer at the Ministry of Education and Science of Ukraine, noted that this is an innovative project.

“The value of this material is that not only teachers were involved in its creation, but also people who defend our state right now,” — he said.

Volodymyr Tylishchak, Deputy Head of the Ukrainian Institute of National Remembrance said that this project is important for both children and adults: “We are used to talking about war through the lens of soviet propaganda. But “Dialogues on the War” is an example of how to avoid the militarization of the younger generation when talking about the war with children so that they can learn the truth.”

Volodymyr Zhemchugov, Hero of Ukraine, emphasized that the main goal of “Dialogues on the War” was to create study material that would provide teachers with methodical literature.