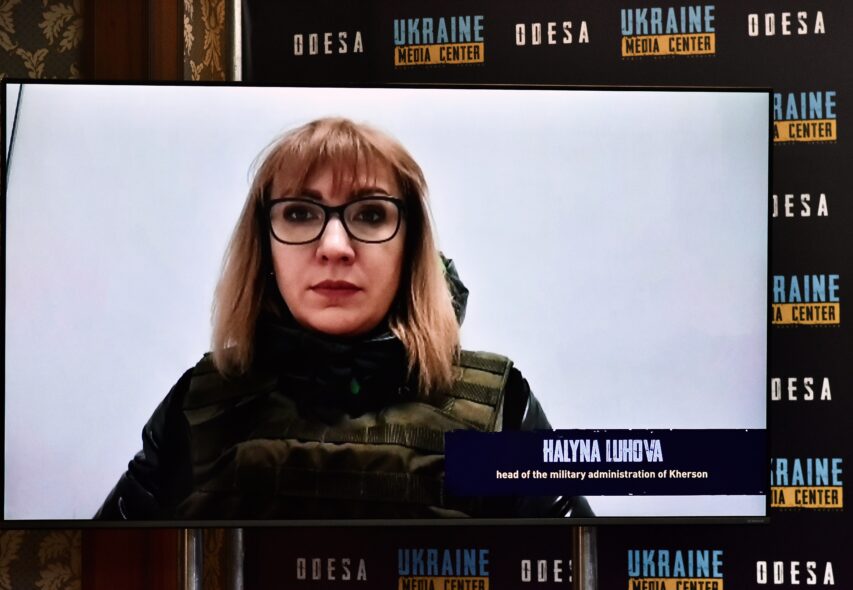 Since liberation the russian army has shelled Kherson more than 1,000 times – the city’s military administration

During January 10th, russian troops fired at Kherson 24 times. Halyna Luhova, head of the military administration of Kherson, told about this during a briefing at the Media Center Ukraine-Odesa.

“The enemy does not let us rest. Since November 20, Kherson has been shelled 1,223 times. 65 people died in the city, including one child. More than 160 people were injured, 4 of them children,” Halyna Luhova said.

As Halyna Luhova added, 38 critical infrastructure objects and 48 educational institutions were damaged by shelling. 901 buildings were destroyed, half of them high-rise buildings.

However, despite the shelling, 80% of the city is provided with heat, except for the Ostriv neighborhood.

But as the official noted, the residents of the neighborhood are provided with compatible heaters, water, and electricity have been restored there. There is also an Invincibility Point where people can get everything they need.