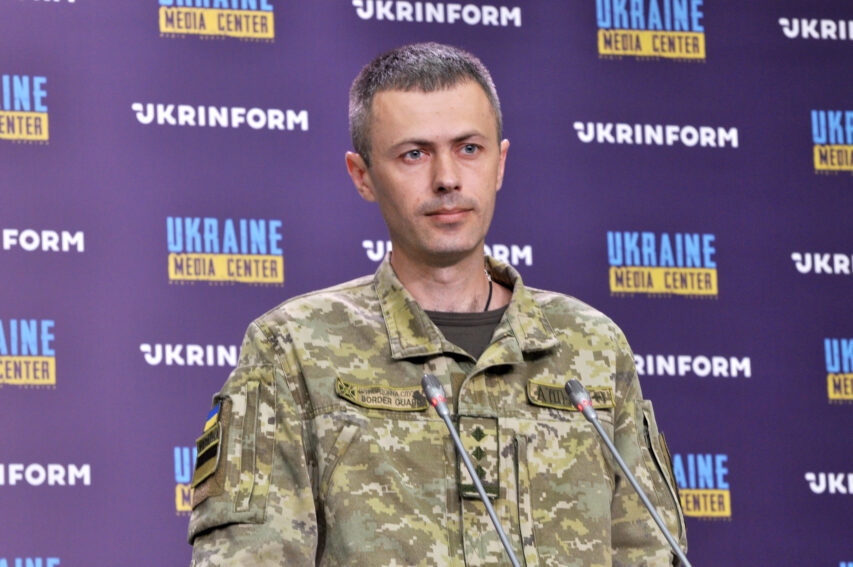 The State Border Guard Service units continue to defend Ukraine in the security and defense sector and maintain their positions, despite constant enemy shelling.

This statement was made by Andrii Demchenko, Spokesperson for the State Border Guard Service of Ukraine at Media Center Ukraine — Ukrinform.

“russia continues to keep separate units of their forces in the border areas of Bryansk and Kursk regions. This is done to demonstrate force and distract our defense forces. The formation of enemy forces for a strike has not been observed yet. The occupier does not stop shelling Chernihiv and Sumy regions. Since the beginning of this month alone, the State Border Guard Service has recorded 320 shellings of these territories,” — he said.

Within the previous day alone, the enemy opened fire from the territory of the russian federation on the territory of Yunakiv community with automatic small firearms. And from the russian village of Tiotkino, mortars, most likely 120 mm caliber, were used to fire at one of the settlements in Bilopillia community. The shelling damaged the civilian infrastructure, a functioning medical facility, medical, agricultural and private vehicles, as well as injured several animals.