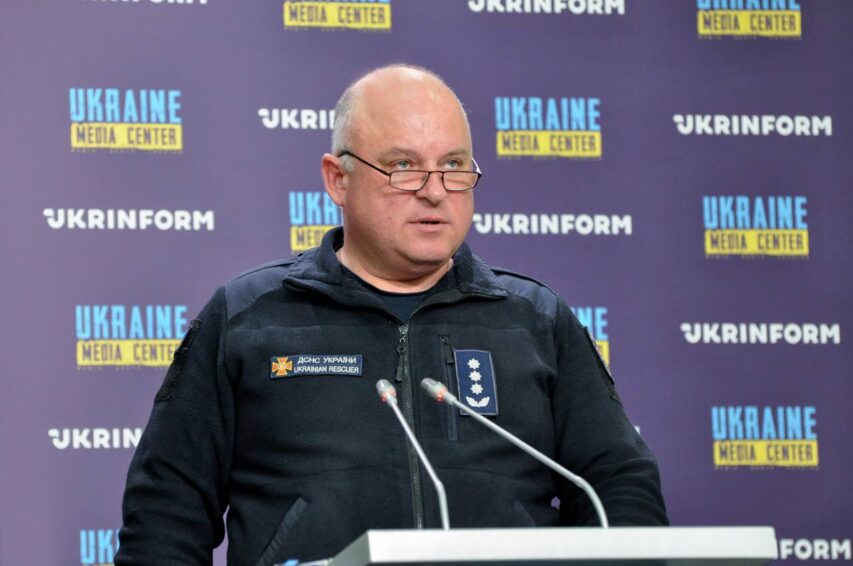 SES to add another 400 pyrotechnicians, the first group of specialists is already undergoing retraining

Oleh Bondar, Head of the Division for Pyrotechnical Works and Humanitarian Demining of the State Emergency Service, said this during a briefing at Media Center Ukraine – Ukrinform.

«The SES pyrotechnics will have additional 400 people. Currently, the first group of 60 specialists has started training, in a few weeks they will start demining the territory of our state,» – he said.

Oleh Bondar added that one of the biggest negative consequences of Russia’s invasion was the contamination of the territory with explosive objects, including those prohibited by international conventions. The enemy uses remote mining systems and cluster munitions.

«These mines were found throughout the entire territory of Ukraine where the occupiers were. The total amount of prohibited ammunition is about 10% of all explosives detected,» – Head of the Division for Pyrotechnical Works and Humanitarian Demining of the SES added.

The SES informed that explanatory work with the population was carried out on a regular basis. According to international experience, such demining can take from 5 to 10 years. Immediately after towns and villages are liberated from the occupier, SES pyrotechnic units start exploring the territory of agricultural holdings, private buildings, and other structures.

«First of all, we are focusing our efforts on examining settlements that were under occupation. russians mined everything – children’s toys, household items, household appliances. The aggressor directed all the efforts at injuring and killing civilians,» – Oleh Bondar emphasized.

He added that every day pyrotechnics seized from 2,000 to 5,000 explosive devices. Since the beginning of the war, the SES has explored more than 20,000 hectares of the territory, found and defused more than 100,000 items.