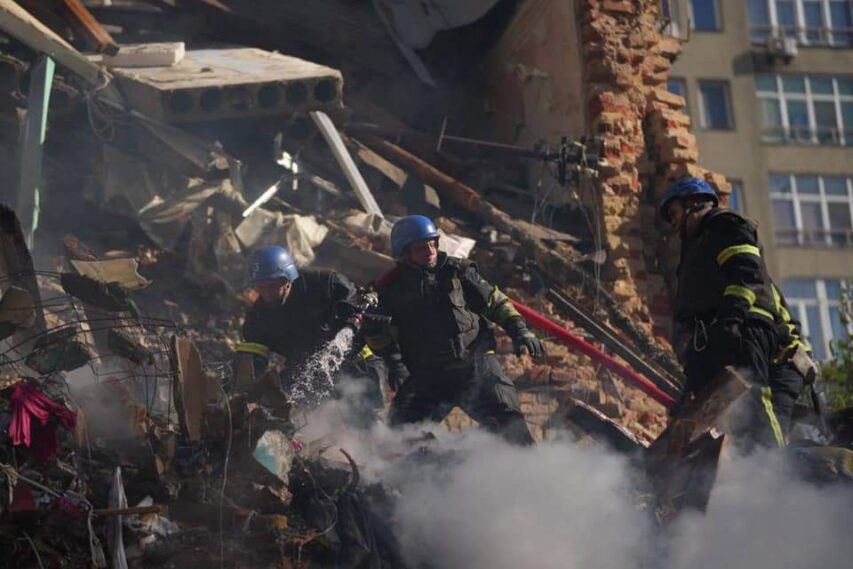 russians Destroyed Housing Stock for 51 Billion US Dollars in Ukraine, 7.5% of the Total Housing Stock Was Affected — Maksym Nefyodov

russians have destroyed or damaged about 7.5% of the housing stock in Ukraine. The amount of direct losses due to destroyed apartments and private houses of Ukrainians has already reached 51 billion US dollars, which is 40% of all direct damage caused by russia’s invasion. Maksym Nefyodov, Reforms Support Project Manager at the Kyiv School of Economics, made this statement during the briefing at the Media Center Ukraine.

“Agriculture sustained direct losses of 6.6 billion US dollars. It incurred large losses of infrastructure that was destroyed, losses of grain elevators and agricultural machinery, which was not only destroyed, but also actively stolen by russians. Losses in education reach almost 7 billion US dollars. We should give a specific accent to the costs of mine clearing. It is difficult to estimate the size of the territory that requires mine clearing in various ways, but we are talking about several billion dollars, perhaps more,” Maksym Nefyodov explained.

Recall that the “russia Will Pay” project is a joint initiative of the Kyiv School of Economics, the Office of the President of Ukraine and the Ministry of Economy, in the framework of which economists calculate the damage caused by rf during the war in Ukraine. According to the latest estimates of the project, direct damage to Ukraine since the beginning of the full-scale invasion has reached 127 billion US dollars.