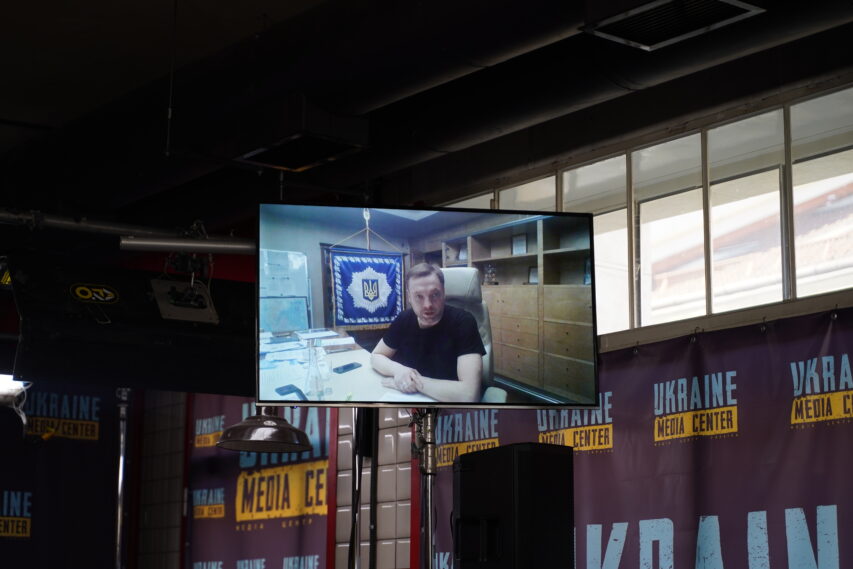 The Ukrainian government will seek the international community’s attention because of the genocide unleashed against Ukrainians by the Russian military. Denys Monastyrskyi, Minister of Internal Affairs of Ukraine, made this statement at the press briefing in Ukraine Media Centre.

For instance, the Ukrainian military servicepersons and law enforcement officers have numerous pieces of evidence of the shooting of civilians based on direct instructions of the occupiers’ military leaders. Moreover, this shooting includes attacks against peaceful civilians trying to evacuate via the negotiated “green corridors.”

Attackers are under the direct orders to pillage private homes and various institutions. In addition, Russians are stealing money from banks and ATMs in temporarily occupied territories.

We want to remind you that Ukraine Media Centre started working in Lviv to support media covering the war unleashed by Russia against the Ukrainian people. This Media Centre is launched as a joint initiative of willing representatives of the media community, volunteers, active citizens, business, and Ukrainian government agencies of various levels, including both the Office of the President of Ukraine and local governments, as well as the Center for Strategic Communications and Information Security. The Media Center provides information support to journalists currently working in the City of Lviv and Lviv Oblast. In addition, the Centre hosts daily press briefings by government officials, international partners, and activists from Lviv and other cities of Ukraine.