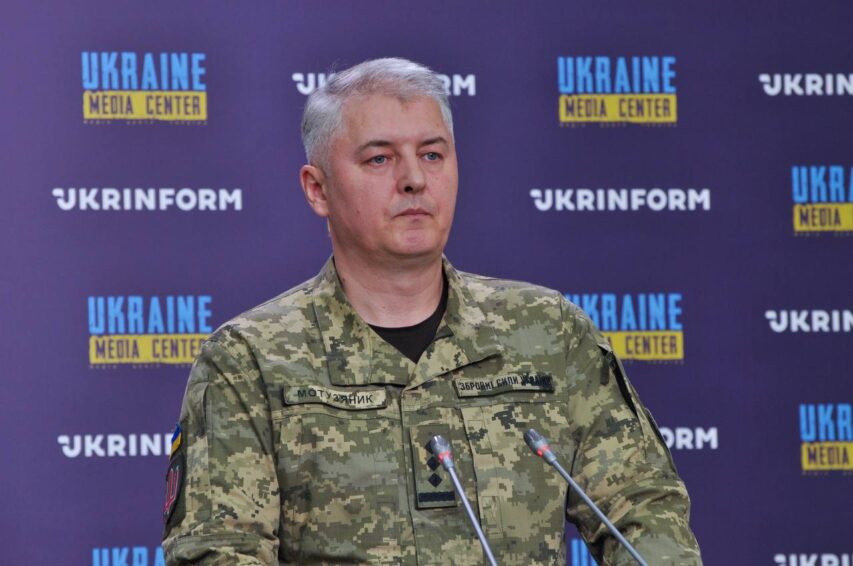 Invaders perpetrate war crimes in the occupied areas of Kherson Oblast.
Oleksandr Motuzianyk, the spokesperson of Ukraine’s Ministry of Defense, disclosed this information during his briefing at Media Center Ukraine — Ukrinform.

“Invaders ransack museums and art collections of education institutions. The russian war criminals transport stolen property to the temporarily occupied territory of the Autonomous Republic of Crimea,” he said.

According to the Ministry of Defense, the invaders shell the entire frontline and try to hit the deep defensive positions of our forces, for instance, in Donetsk Operational Area and along the Slovyansk axis. The foe holds grounds, gathers intelligence, equips its positions, tops up the stock of weapons, military equipment, and ammunition, and tries to improve its tactical position in some locations.

There is a persistent threat of enemy missile strikes on military and civil facilities within Ukraine’s territory from the Black Sea and the territory of the republic of belarus.