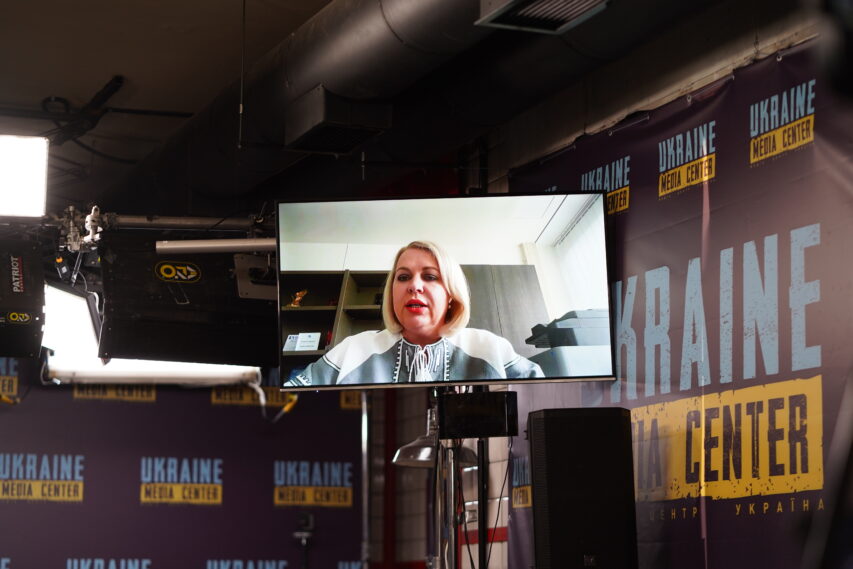 “russia’s war against Ukraine is an opportunity for NATO to test its strength,” Head of Ukraine’s Mission to NATO

russia’s aggression in Ukraine has given NATO the opportunity to see gaps in its combat capability and think about how to move forward, Head of Mission of Ukraine to NATO, Nataliia Galibarenko said at a briefing at Media Center Ukraine. According to her, Ukraine-NATO cooperation is currently reaching a new level.

“We have received great support from NATO allies. And this is what putin miscalculated. He believed that everything would end up with political statements, concerns, and Ukraine would not receive weapons to defend itself. Everything turned out just the opposite. russia’s war against Ukraine is an opportunity for the Alliance to test its strength,” — Nataliia Galibarenko said.

According to her, the changes in Brussels, which began on February 24, still continue today. One indicator of this is the change in Sweden and Finland’s position. Both countries applied for NATO membership, as they had realized that neutrality is no longer an effective guarantee of security.

“NATO is also aware of the need for a clearer policy towards the partners. The lack of a clear vision of the development among the partners led to some confusion in the first weeks of the war. Many things were solved manually. There was a logistics issue. But over time, we have come to what I can call a systemic aid. This is also a lesson for the future. And for NATO as well,” — Head of Ukraine’s Mission to NATO said.