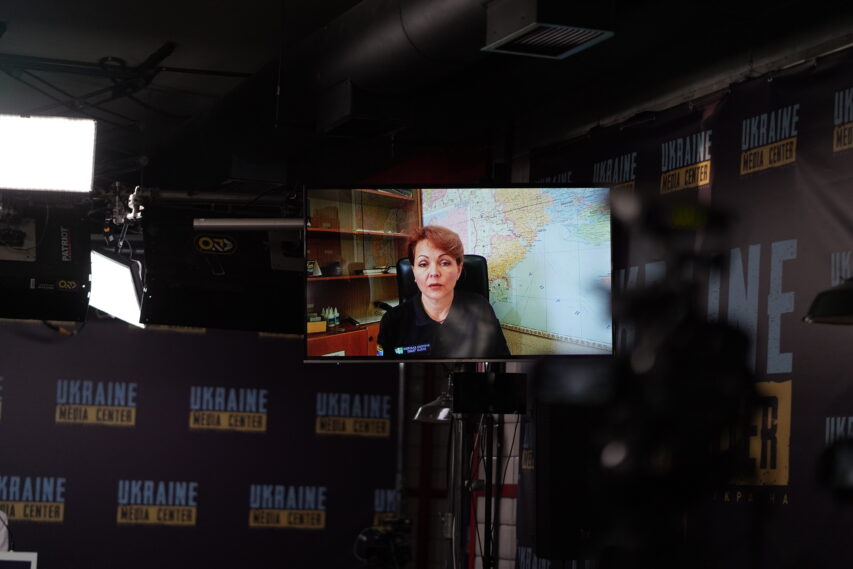 “russia’s fleet in the Black Sea Has 44 Kalibr Missiles and Three Assault Landing Ships Stand Ready,” Security and Defense Forces in the South of Ukraine

There are currently five surface vessels and one submarine carrying cruise missiles in the Black Sea. Natalia Humeniuk, Chief of the Joint Coordination Press Office of the Security and Defense Forces in the South of Ukraine, disclosed this information during her briefing at Media Center Ukraine.

“In total, there are 44 Kalibr-type missiles targeting Ukraine. Not only southern regions are endangered. These missiles’ range allows them to hit almost the entire territory of Ukraine. So, the threat of missile attacks is still there,” Natalia Humeniuk assured.

According to her, three large russian assault landing ships stand ready in the Black Sea.

“The inclement weather is not conducive to landing; however, we know that the foe is prepared to do anything for their leader to claim an imaginary victory. For this reason, the coast of Odesa and Mykolaiv Oblast remains a defense line,” the Chief of the Joint Coordination Press Office of the Security and Defense Forces in the South of Ukraine explained.

According to Natalia Humeniuk, russia’s black sea fleet keeps reformatting all the time. Today, the enemy vessels try to keep their distance from the Ukrainian coast. According to Humeniuk, the recent destruction of Vasiliy Bekh impressed the invaders.

It was reported that Vasiliy Bekh, a russian tugboat hit by the Ukrainian forces, went to the bottom of the Black Sea on June 17.