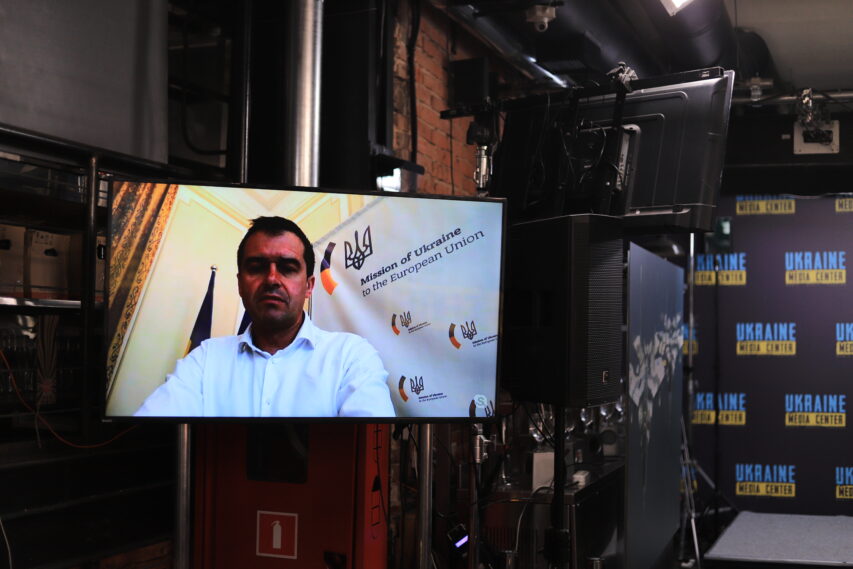 “russia Invests Heavily in Propaganda, Accusing Ukraine of the Food Crisis,” Head of Ukraine’s Mission to the EU

russia is investing heavily in its propaganda channels. Still, Ukraine must come up with an asymmetric response by finding ways to influence the russian population and shaping the correct narrative in the EU. Vsevolod Chentsov, Head of the Mission of Ukraine to the European Union, stated this during his briefing at Media Center Ukraine. According to him, information campaigns in Africa and Asia are also important because of the russian propaganda directed there. For instance, russia is accusing Ukraine of the food crisis that has become imminent for some countries in these regions.

“They present the situation without a context and link the sanctions implemented against russia to this food crisis without any ground. We need to explain the situation clearly and comprehensively, together with reasons for what is going on. We need to insist that the main reason is the action taken by russia. I am referring not only to the Ukrainian grain blocked in our seaports but also to the shelling of grain depots. russia is a terrorist state that terrorizes not only Ukraine but also other countries,” Vsevolod Chentsov explained.