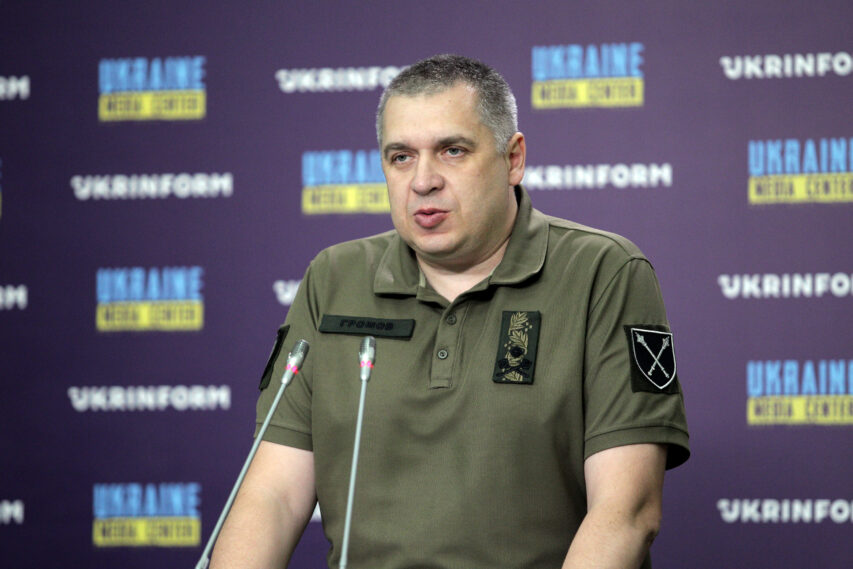 “russia Beefs up Its Forces near Zaporizhia and Kherson, and De-mothballs Machinery,” General Staff

russia keeps applying its “Syrian” experience by totally destroying civilian infrastructure and peaceful civilians with air raids and missile attacks. The foe is beefing up their forces for long-term fighting in our territory.

Oleksii Hromov, Deputy Head of the Main Operations Directorate of the General Staff of the Armed Forces of Ukraine, reported this at Media Center Ukraine — Ukrinform.

“The invaders keep increasing their forces at the Zaporizhia and Kherson axes. The foe moved three battalion tactical groups from the Novopavlivka axis to the Kryvyi Rih axis and added one more group to the Zaporizhia axis,” he said.

According to the brigadier general, russia reinforces personnel and resupplies equipment via the Kerch Bridge and the territory of Crimea. The peninsula is also a stepping stone for personnel and weapons. The redeployment of the army aviation of russia’s Eastern Military District to Crimea has been recorded.

According to the General Staff, russia keeps de-mothballing its machinery from the long-term storage facilities.