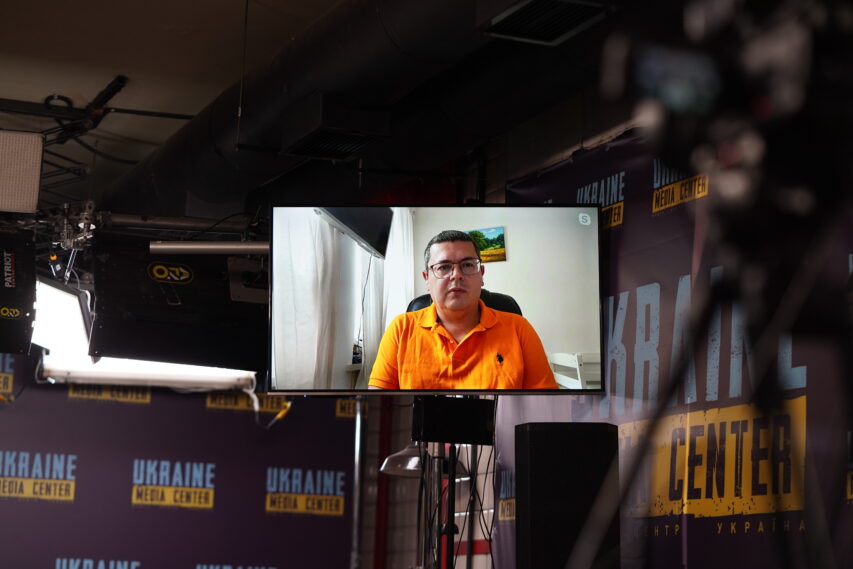 Oleksandr Merezhko, Chair of the Foreign Policy and Interparliamentary Cooperation Committee of the Verkhovna Rada of Ukraine, Media Center Ukraine

Probability of Zelenskyy-Putin talks depends on course of hostilities — Merezhko

The likelihood of talks between the Presidents of Ukraine and russia depends on the situation on the battlefield, Oleksandr Merezhko, Chair of the Foreign Policy and Interparliamentary Cooperation Committee of the Verkhovna Rada of Ukraine said at a briefing at Media Center Ukraine.

“It depends on the situation on the battlefield. What I see, on the basis of open information, is that russia is beginning, even informally, to look for some ways to hold such negotiations with our Western (partner) countries and Ukraine. Because the situation for russia is significantly deteriorating on the battlefield and in the economy due to the strengthening of sanctions, which are starting to work,” — Merezhko said.

Also, according to the Chair of the Foreign Policy and Interparliamentary Cooperation Committee, it is significant that the meeting between the presidents of Ukraine and Türkiye took place at all, because Türkiye is a strategic partner of Ukraine.

“Türkiye and President Recep Tayyip Erdoğan have played a very important role in the grain issue. It was possible to restore the supply of grain. Thus, it can be said that Ukraine, together with Türkiye, made a significant contribution to global food security in order to save entire regions from starvation, which is very important,” — Oleksandr Merezhko noted.