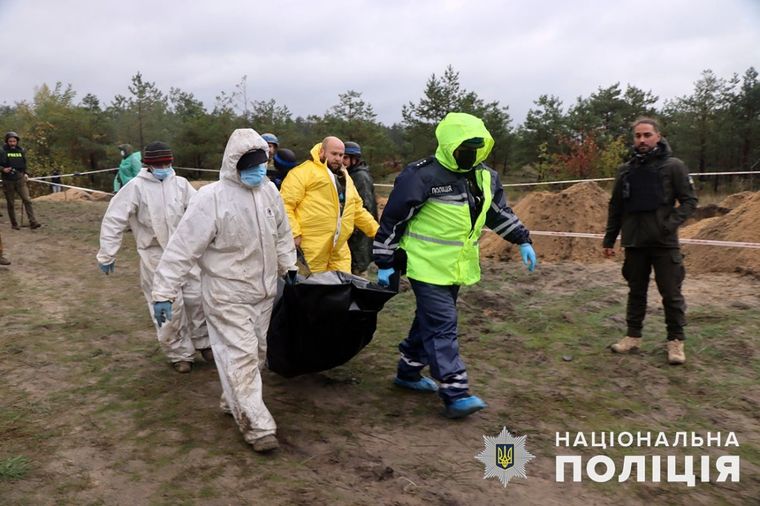 Exhumation continues in the de-occupied territories of Donetsk region. People continue to contact the police about burial spots. 83 burials have been found on the territory of the region — 33 in Sviatohirsk, and 50 in Lyman. Two of them are mass burials at civilian and military cemeteries. As of now, 229 bodies have been exhumed. In total, the bodies of 268 dead civilians have been found in the de-occupied territories.

Oleksandra Havrylko, Press Officer of the Police in Donetsk region made this statement at Media Center Ukraine — Ukrinform.

“A total of 5 children were exhumed. Four — at the site of a mass burial in Lyman, another boy was also found buried in the yard of a house in Lyman. A boy born in 2012 and a girl born in 2008 died from compression of the body by a heavy object, they were crushed by a wall as a result of shelling. The other two girls, born in 2019 and 2021, died from shrapnel wounds to the head,” — she said.

The police are urging people, whose relatives have died, to contact law enforcement and provide DNA for future tests. At the same time, law enforcement officers warn that examinations are a long process, so it takes some time to ID the bodies.